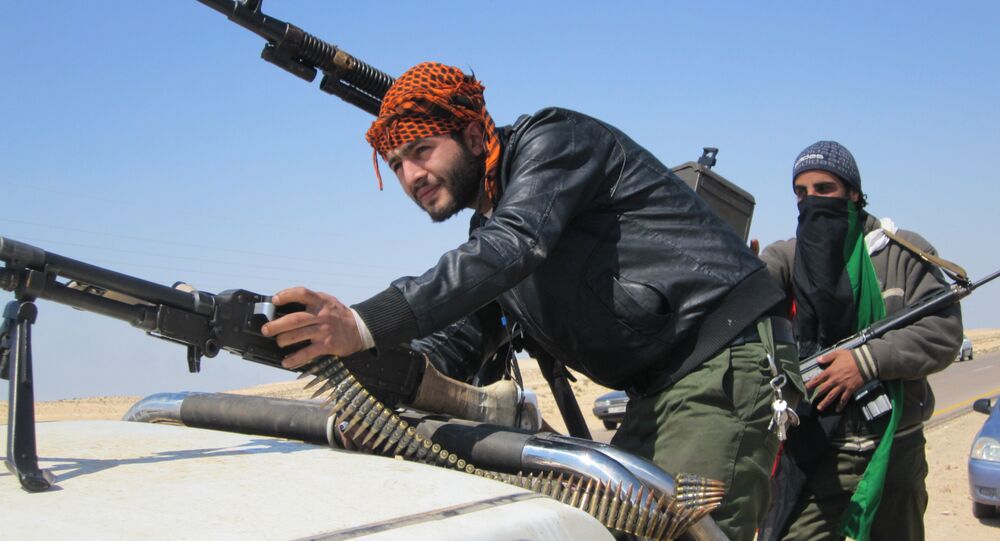 The United States is encouraged by reports that the Daesh terrorist group is losing ground in Syria at the hands of Libyan government forces, US Department of Defense spokesperson Peter Cook said at a press briefing on Thursday.

WASHINGTON (Sputnik) — Earlier on Thursday, Libyan media reported that an Daesh leader, Hamid Malouqa Al-Zliteni, was killed in the coastal city of Sirte in a clash between the group and Libyan forces.

"The Libyan people have a lot of reason themselves to want to get rid of ISIL [Daesh] and it’s clear from what we’re seeing on the ground that there have been successful efforts in that regard. We’re certainly encouraged by what we see," Cook told reporters.

Cook said the Pentagon stands by its offer of support to the Libyan Government of National Accord to combat the threat posed by Daesh.

On Saturday, the Ghardabiya airbase, just 12 miles south of Sirte, was retaken by the Libyan militia.

Libya has been in a political and security vacuum since 2011 when Western-backed Islamic extremists ousted the country’s long-time leader Muammar Gaddafi.

Years of instability created a political and security vacuum in the country that was filled by Islamist militants. Daesh forces gained a foothold on the Libyan coast by capturing the cities of Sirte and Derna.