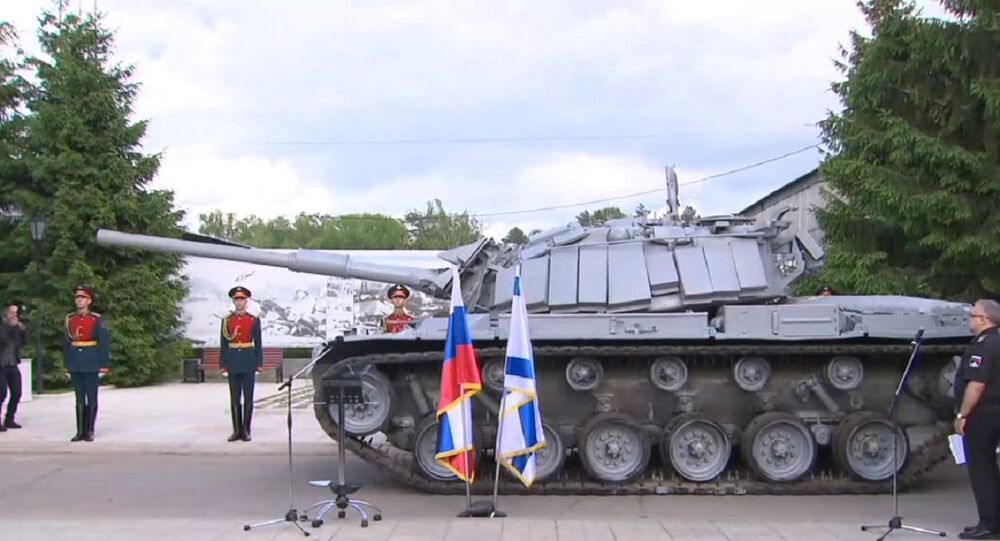 Russia handed on Wednesday to Israel the Magach tank seized by the Syrian troops in 1982 during the First Lebanon War and exhibited in the Kubinka Tank Museum near Moscow.

KUBINKA (Sputnik) — The ceremony of handing over the tank took place on the territory of the museum, where it was exhibited for over 30 years.

"This is a very special and important moment for me and all Israeli nationals. We celebrate the 25th anniversary of restoration of our diplomatic relations… This tank will become a symbol of heroism of our soldiers, as well as the symbol of friendship between Israel and Russia," Israeli Prime Minister Benjamin Netanyahu said at the ceremony.

According to Netanyahu, families of those soldiers who died in the First Lebanon War, having driven this tank, still had no possibility to visit their graves, and now they would "have an opportunity to touch the memory of their relatives".

© Wikipedia / Wrightbus
Russia to Return Israeli Tank Seized by Syria During First Lebanon War
Russia’s Land Forces Commander-in-Chief Col. Gen. Oleg Salyukov said at the ceremony that the event demonstrated the attitude of Russia and Israel to the memory of killed soldiers.

According to the Russian Defense Ministry, Israel will replace the Magach tank at the museum exhibition with a tank of the same model, which has already been delivered to Russia.

Netanyahu is currently in Moscow with an official visit dedicated to the 25th anniversary of the reestablishment of diplomatic relations between Israel and Russia.