At Arm's Length: Pricey 'Danish' Warplanes Stay Across the Pond

Recently, Denmark pompously announced that it is set to become the proud owner of 27 US-made F-35 fighter jets, which are going to set the Danish state coffers back billions of dollars. In reality, the future gain is considerably lower, as five of the Joint Strike Fighter warplanes will in fact never leave the US.

© Flickr / Forsvarsdepartementet
I Can Hear Those Fighter Planes: Danes Balk at Purchase of Noisy New Jets
According to a report by a government committee, Denmark must permanently station six of the freshly procured F-35 fighters at the training center at Luke Air Force Base in Arizona for pilot training. At the last minute, however, the figure was reduced to five aircraft.

And this is not just okay, this is a decidedly good idea, many experts argue.

"If you look at what the aircraft are actually used for, training and education play an enormous role. In fact, they take up more than half of all the flying time," Henrik Breitenbauch, researcher at the Centre for Military Studies at the University of Copenhagen, told Danish Radio. According to him, it does not really matter, where exactly the warplanes are stationed.

Breitenbauch does not have any qualms about having a fifth of the country's air force being used for training abroad. On the contrary, he sees a hidden bonus with Danish warplanes becoming a fixture in the US.

"In this way, we become part of a training network. By being an integral part of the US Air Force in the next several years, we get tangible cooperation with our alliance partner, which is going to bring us even closer," Breitenbauch said.

© Flickr / Airman Magazine
Flying a Kite: Epic F-35 Deal Leaves Denmark Vulnerable and Penniless
However, this optimistic view on Denmark's generous contribution to the US' combat aircraft training pool is not shared by other experts. Remarkably, Denmark's northern neighbor Norway plans to buy 52 F-35 Joint Strike Fighters (which is almost twice as many), yet only four of them will be permanently placed in the States. Aircraft expert Andreas Krog of the news portal nytkampfly.dk failed to see any logic behind it.

"Denmark intends to buy far fewer aircraft than Norway. At the same time, the government plans to cut back on the number of fighter pilots, so the demand is going to drop as well," Andreas Krog told Fyens Stiftstidende.

Public opinion in both Denmark and Norway has been seething with anger in the aftermath of the respective government's decisions to buy the controversial and costly warplanes.

"The main problem with the F-35 is primarily economic. The introduction of the supporting infrastructure is very expensive. Besides, every F-35 flying hour costs 30,000 dollars, Norwegian Defense Analyst John Berg told TV2.

However, the criticism did not stop here.

"The aircraft's capacity for air combat is clearly limited. It cannot cope with so-called ‘dogfights' [air combat] with the more advanced aircraft, developed in Russia and China," John Berg said. 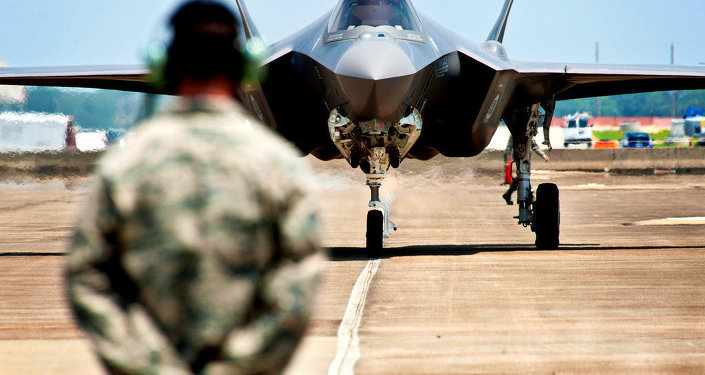 "It is an aircraft that fits perfectly for the US attack strategy, unlike a small country's defense like Norway or Denmark," he said.

Overall, the confusion about Denmark's warplane update program has been going on for about a decade. The government's decision to spend billions of dollars on the controversial aircraft has been repeatedly blasted for its lack of transparency and proper arguments to support the cause. Many experts, such as renowned military blogger David Axe, pointed out that the Danish government clearly weighted political and industrial factors more heavily than they did military factors. Axe went on to bluntly call Denmark's decision to buy F-35s because everybody else does, "dumb."

Meanwhile, the growing uncertainty about the actual purchase price and overall operating costs may raise the total price tag even higher, an estimate by Denmark's own Defense Ministry showed.