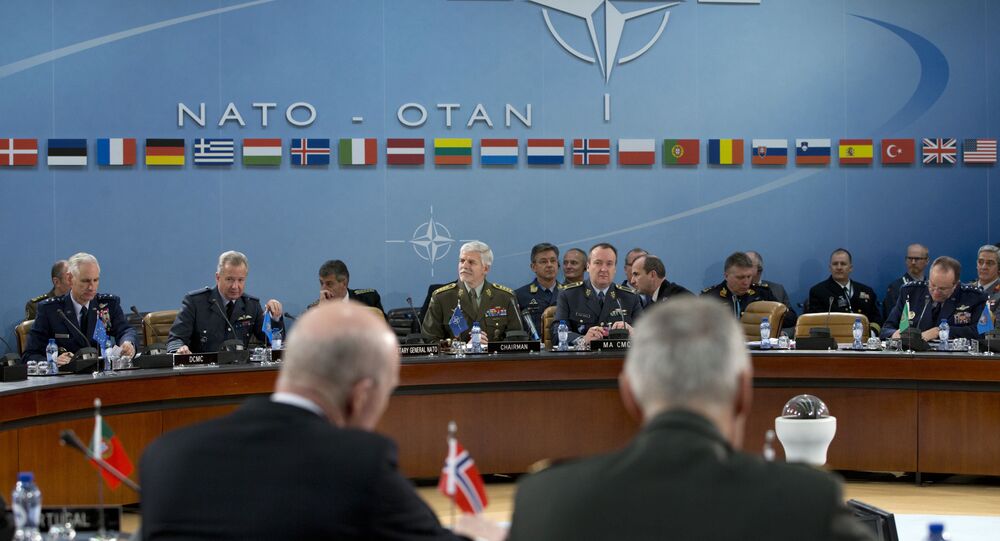 WASHINGTON (Sputnik) — Beginning in 2014, NATO initiated a reassurance program intended to deter the alliance from alleged Russian aggression. Since focusing on the alleged threat emanating from Russia, a majority of NATO countries have previous defense spending cuts, and the United States is likely to contribute $3.4 billion in 2017 to European defense.

"We have a very full NATO plate, so I wouldn’t expect that," Rhodes said on Monday of possible revisions to NATO’s nuclear posture.

Rhodes acknowledged Russia’s concerns about "the intersection between conventional capabilities and strategic stability," commenting on Moscow’s repeated warning that an increase in NATO forces along Russia’s border could upset regional and global stability.

"We have been very focused on the priorities of the summit which include Afghanistan, ISIL [Daesh], eastern European reassurance," Rhodes said, noting that altering NATO’s nuclear posture "has not been a focus."

NATO last revised its nuclear deterrence and defense posture in the 2012 Deterrence and Defense Posture Review, at a time when the NATO-Russia Council was meeting regularly, and the alliance was considering further reducing its requirement for non-strategic nuclear weapons.

Since 2014, NATO has been building up its military presence in Europe, using Moscow's alleged interference in Ukraine as a pretext for the move. Moscow has repeatedly denied the claims and warned NATO that the military buildup on Russia’s borders is provocative.