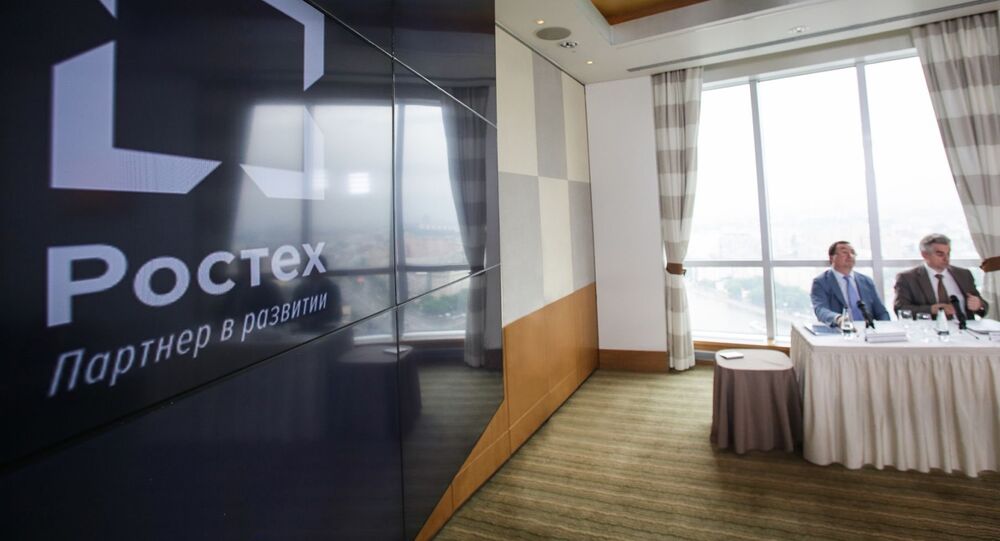 Head of Russia’s state technologies corporation Rostec Sergey Chemezov said that minor contracts with Libya are possible in the near future.

MOSCOW (Sputnik) – In 2011, the UN Security Council imposed an arms embargo on Libya amid the Arab Spring revolution, citing government violence against civilians. In May, Russian Ambassador to Libya Ivan Molotkov said that Russian arms supplies to the Libyan government would only be possible if the embargo is lifted.

"We had a package of contracts worth $7 billion there [in Libya]. But as of now we can’t talk of a significant rise in orders: there is an official government there that has no funds and there’s the opposition that we cannot supply arms to. If purchases do occur, it would be minor ones," Chemezov said in an interview with the Russian Kommersant newspaper.

© Sputnik / Alexey Filippov
Russia’s Rosoboronexport Export Portfolio Reaches $48 Billion
Libya has been in a political and security vacuum since the 2011 Arab Spring uprising and the ouster of the North African nation’s long-time leader Muammar Gaddafi. Last December, a unity government was mediated by the United Nations between the country’s two rival governments — the internationally-recognized Council of Deputies based in Tobruk and the Tripoli-based General National Congress.

On March 31, the long-anticipated UN-backed Government of National Accord in Libya started to perform its duties, with the conflict outcome yet to be addressed.

Libya Oil Production Could Return to Pre-Crisis Level Within Year