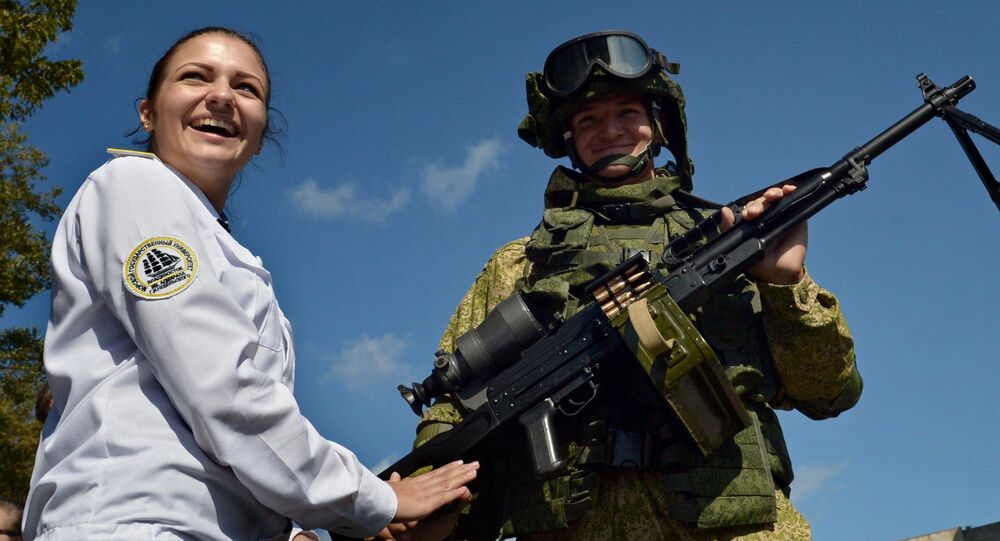 Two top Russian weapons manufacturers are about to compete for contract to develop a new light machinegun commissioned by a research and development association affiliated with Russia’s Ministry of the Interior.

Kalashnikov Concern and the Degtyarev Plant, two of Russia’s most prominent small arms manufacturers, have both declared their intent to bid for a contract to design a new assault machinegun for the Russian Federal National Guard Service, codenamed Tokar-2.

"We intend to take part in the bidding process with an offer matching the requirements put forward by the contractor," a Kalashnikov representative told the Russian newspaper Izvestiya.

The representatives of the Degtyarev Plant confirmed their company’s intention to take part in the bidding, but refused to provide any further comments, the newspaper adds.

© AFP 2021 / RABIH MOGHRABI
Secret Weapon: Russian Special Forces’ New Kalashnikov Rifle
According to Izvestiya, several years ago the Degtyarev Plant was in fact contracted to develop a similar weapon for the Russia’s Interior Ministry, but the fate of the machinegun they developed remains unclear as the ministry eventually decided not to adopt it.

The new machinegun is to be designed as a lightweight and compact weapon for special forces to use during close quarters fighting, like storming enemy-held buildings and urban warfare.

According to contractor’s specifications, the weapon’s length (with folded stock and minus the flash suppressor) must not exceed 900mm with a long barrel and 750mm with a short barrel, and must weigh no more than seven kilograms. The new machinegun’s rate of fire is to be about 800-900 shots per minute, and it is to be fed both with ammo belts and 60-round ammo clips, as well as with ammo clips for AK-74 assault rifles and RPK-74 light machineguns.