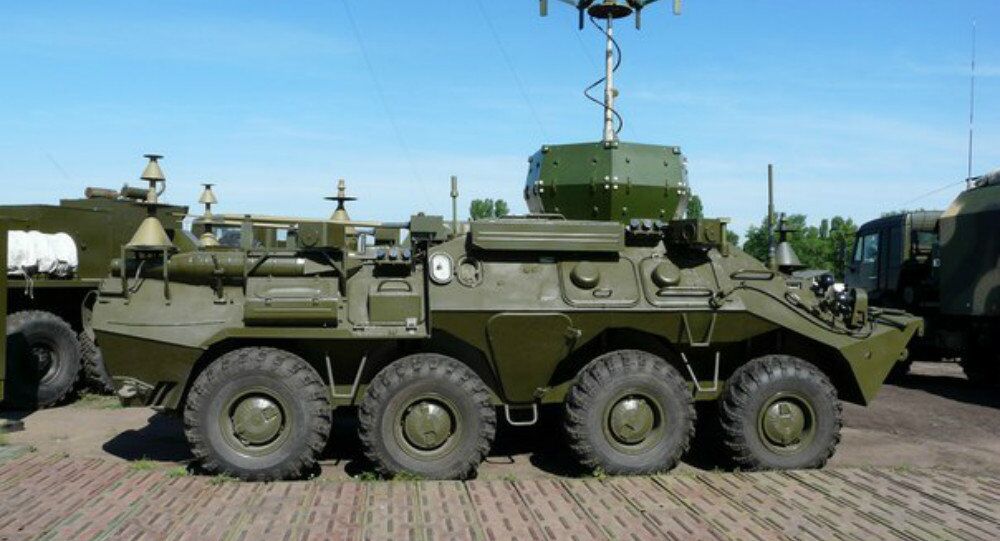 The Russian United Instrument Manufacturing Corporation (UIMC) will for the first time introduce the complex Infauna to foreign audience at KADEX 2016 international exhibition, according to the company's statement.

"The United Instrument Manufacturing Corporation will for the first time introduce the complex Infauna to foreign audience at KADEX 2016 international exhibition," the company said.

"We see a growing interest on the part of foreign customers in our electronic warfare equipment, including Infauna. The product significantly expands the protection range covers of the mobile objects from radio-controlled mines and guaranteed inhibits communication and control of the enemy," UIMC Deputy CEO Sergei Skokov said.

© Sputnik / Alexei Danichev
Kalashnikov Concern to Showcase UAVs at KADEX Military Hardware Exhibition
The UIMC was created in March 2014 within the Russian state corporation Rostec as a specialized management company that combines research and production structure of Russian radio-electronic industry. As of today, the UIMC management circle comprises 55 enterprises and research institutions of radio-electronic industry.

KADEX-2016 is a biannual event and has been held since 2010. The fourth exhibition due to be held on June 2-5 in Astana will see over 300 military equipment producers from around the world showcase aircraft and space technologies, army and navy armaments, air defense systems, IT technologies and robotic systems and military equipment utilizing alternative energy sources. A total of 40 Russian companies will attend the event, including 14 Russian defense industry holdings.