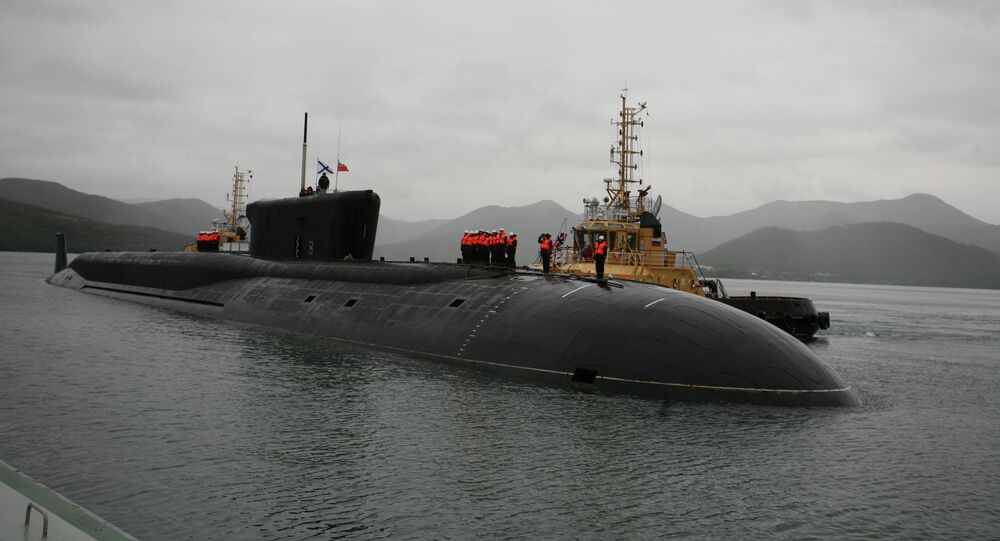 MOSCOW (Sputnik) — According to official data, there are currently two Borei class submarines — the Yuri Dolgoruky and the Vladimir Monomakh — in service with the Northern Fleet.

"As you know, the Northern Fleet was the first to commission Borei class strategic submarines. The vessels of this class have been assigned to the permanent readiness force, and their crews are effectively perform their assigned tasks," Yevmenov said.

© AFP 2020 / EBRAHIM NOROOZI / JAMEJAM ONLINE
Iran Negotiating Purchase of Navy Equipment From Russia
Yevmenov added that the fleet's strategic submarines regularly carry out patrol missions in the Arctic and other regions around the globe.

By 2020, the Russian Navy plans to operate a total of eight submarines of this type. It has three Borei submarines in operation, including the Alexander Nevsky in service with the Pacific Fleet, and four more under construction, namely Emperor Alexander III, Knyaz Vladimir, Knyaz Oleg and Generalissimus Suvorov.

Borei-class nuclear-powered subs are to become the mainstay of the naval component of the country’s strategic nuclear deterrent.

'It's a Sicilian Message': US Navy Meets Its Match in Italian Court