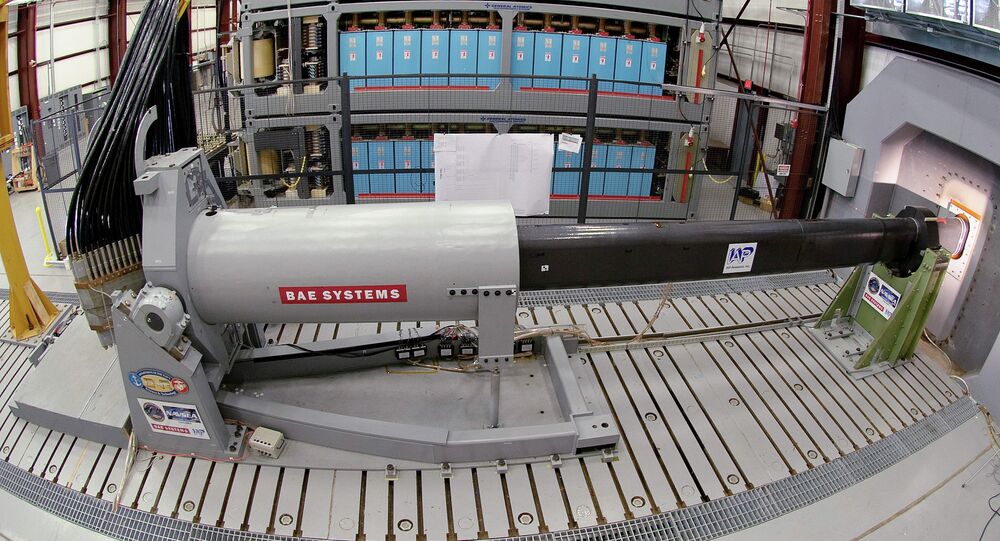 The US newest weapon, the railgun, is of no surprise to Moscow and Russia is also developing one of its own, the first deputy of the Russian upper house’s Defense and Security Committee said Monday.

MOSCOW (Sputnik) – Earlier, the Wall Street Journal published the first pictures of the railgun, in development for a decade. Transforming a 25-pound projectile into nothing short of a battlefield meteorite obliterating anything on its path, the weapon does not use gunpowder or any explosives. It is instead powered by electromagnetic rails.

"The newspaper’s report was no surprise. Similar developments are also actively under way in Russia," Franz Klintsevich told RIA Novosti.

The new US weapon can reportedly fire a projectile at an initial speed of 4,500 miles per hour, piercing seven steel plates and leaving a 5-inch hole. Its maximum range is 125 miles.

According to the senator, the new weapon will not replace traditional weapons "even in the mid-term perspective," as much time needs to pass from the first tests to the mass production especially considering the high price of the production.

"Even if the Americans achieve a breakthrough in this direction, Russia does not have to answer with symmetrical measures. We have many opportunities we could employ if needed, in order not to allow the change of power balance in the world. The situation is under control," Klintsevich said.

The fact that the United States is planning to use the railgun to counter Russia, as well as China, proves that Moscow is being dragged into an arms race, Klintsevich added.