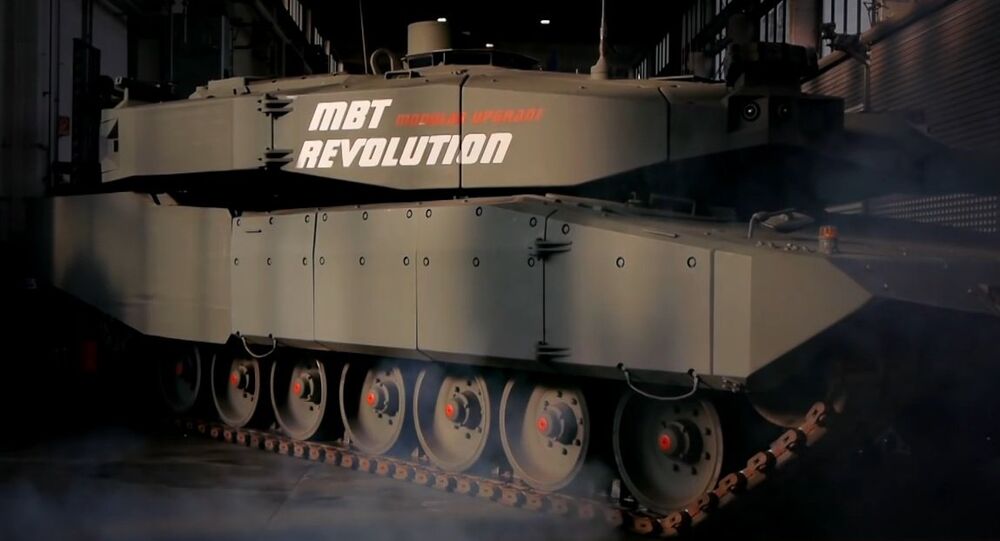 A video has appeared on the Internet showing the capabilities of a new German tank – the MBT Revolution.

The video is said to have been posted on the German group Rheinmetall’s official YouTube channel, according to the website warspot.ru.

The vehicle, according to the developers, is planned to become a serious competitor to Armata tanks, however if that is the case it will happen no earlier than 2030.

In fact, this model is a modernized version of the Leopard 2A4 using the modular technology. It should not only replace its predecessor in Germany, but also the Leclerc tank which is in service with the French army.

Rheinmetall group has been working on this project for six years now. The video is yet more proof of the achieved results.

The video shows the tank turret full of electronics. There is also a video guidance system that allows complete visibility. The dashboard gunner is also fully computerized.

The MBT Revolution seems like an exceptionally fast vehicle, according to the video.

The developers boast its system stabilization tools. When the tank is moving over rough terrain, the cannon remains almost motionless.

As explained by its developers, the MBT Revolution can adapt to any climatic conditions and can combat during both day and night.

NATO's War "Games": Do You Hear the Rumble of Tanks? Russia Does!