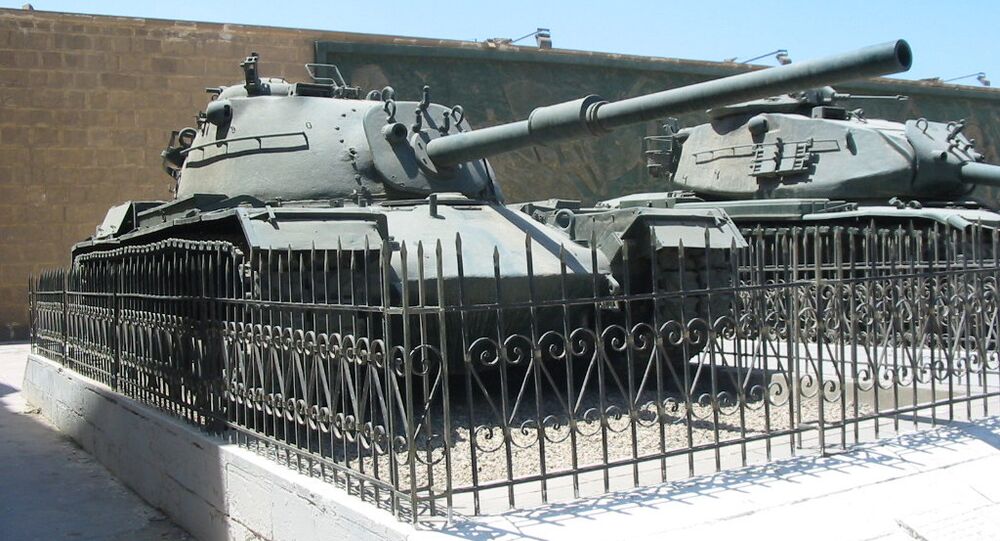 Russia is preparing to return an Israeli tank captured by Syrian troops in early 1980s and exhibited in the Kubinka Tank Museum near Moscow, the Israeli government said Sunday.

TEL AVIV (Sputnik) – The Magach tank, based on the US tank M48 Patton, was seized by the Syrian troops during the battle of Sultan Yacoub and then sent to Russia where it was exhibited in the tank museum.

"At the end of the week, Israel got the notification that Russian President Vladimir Putin acceded to the request of Prime Minister Benjamin Netanyahu to return the tank that the Syrians gave the Russian army and that is now being exhibited in the tank museum," the statement of the Israeli government's press service said.

Last month, Netanyahu asked Putin to return the tank, saying the vehicle stood testament to the memory of three Israeli Defense Forces (IDF) soldiers, who went missing during the war.

An Israeli military delegation is currently working out details for the tank's return with Russian counterparts in Moscow.

Israeli Prime Minister Benjamin Netanyahu thanked Russian President Vladimir Putin on Sunday for his decision to return to Israel a tank seized by the Syrian troops in 1982 during the First Lebanon War.

"I thank Russian President Vladimir Putin for acceding to my request to return to Israel the tank from the Battle of Sultan Yacoub," Prime Minister Benjamin Netanyahu said in a statement published on the website of his office.

He pointed out the importance of the step for the families of three Israel Defense Forces (IDF) servicemen, who went missing during the war.

"To the families of MIAs Zechariah Baumel, Zvi Feldman and Yehudah Katz, there has been nothing to remember the boys by and no grave to visit for 34 years now. The tank is the only evidence of the battle and now it is coming back to Israel thanks to President Putin's response to my request," Netanyahu stated.