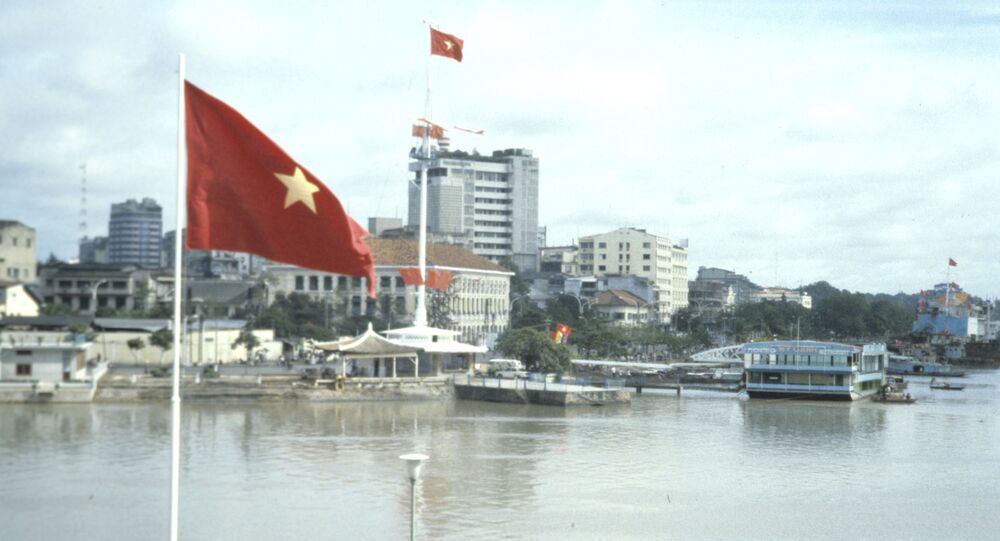 WASHINGTON (Sputnik) — Earlier on Monday, Obama announced the United States will fully remove the embargo on selling weapons to Vietnam.

"It is an election year. If you look at history, you will normally see that foreign military sales increase dramatically during elections," Spinney said on Monday. ‘Obama did this in 2012… [He] has been a shill for the defense industry like presidents Bill Clinton, George W. Bush, George H. W. Bush as well as Ronald Reagan."

Spinney noted that Obama had "supported or gone along with increasing tensions with Russia and China — which are setting the stage for much higher US defense budgets — including huge funding for a completely unnecessary destabilizing massive nuclear modernization program."

The US Military Industrial Congressional Complex, or MICC, needs to present alleged threats from China and Russia to fuel a new Cold War to justify the budgets needed to fund its new generation of weapons, Spinney pointed out.

"The War on Terror is running out of steam in this regard," Spinney, who served 33 years as a Defense Department analyst, said.

© REUTERS / Carlos Barria
Clean Slate? What's Behind US' Lifting of Arms Embargo on Vietnam
Obama failed to rein in the MICC and now he is leaving his successor with a huge wave of modernization programs in either research and development or early production, Spinney observed.

"This will not only increase tensions with Russia and China, but will also spill over to arms sales to allies who are close geographically to Russia and China — and it is all lubricated by a non-competitive avaricious arms industry running on steroids."

Spinney predicted that the domestic political spending pressures in the United States that are now being increased by Obama will be driving US foreign policy for the foreseeable future — well into the next decade.

"My guess is that tensions between China and Vietnam would increase."

Spinney also noted that Vietnam might seek to buy Littoral Combat Ships or F-16 combat aircraft from the United States.

"Vietnam does not want and does not need Abrams M1 Main Battle Tanks or F-35 [Joint Strike Fighter jets]… Mine laying aircraft and mine laying patrol craft would make more sense, but would drive the Chinese nuts."

But the Vietnamese would be "fools to swap out their AK-47s for M-16s," he added.

Vietnam might also increase bilateral military cooperation with the United States, including possibly a rental agreement for a new US naval base in Cam Ranh Bay and the holding of joint training exercises, Spinney concluded.