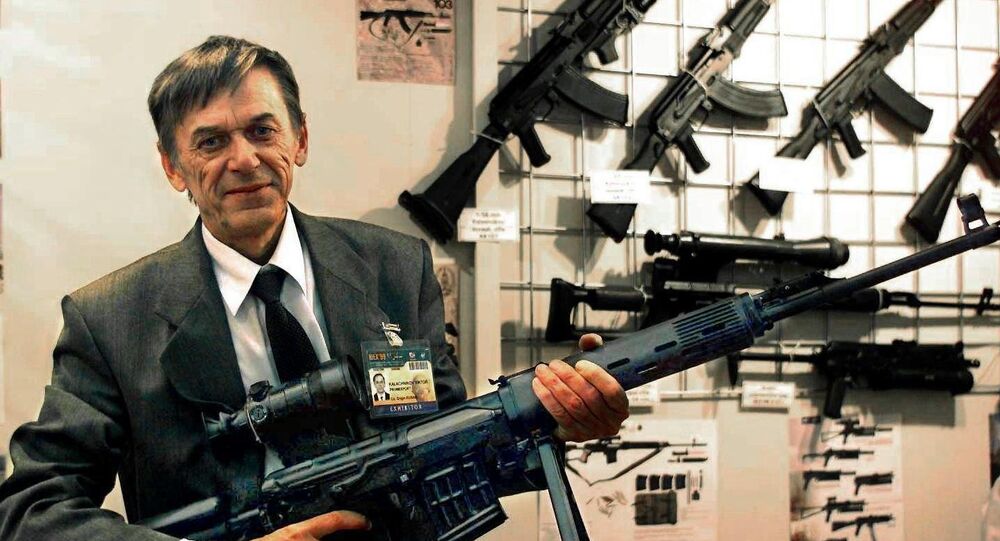 The Russian company Kalashnikov offered a new rifle to the Presidential Security Service and the FSB.

The new rifle known as the AK-400 can be equipped with a scope of any type, a flashlight or a laser target marker. The rifle can also be adjusted depending on the shooter’s physiological parameters or the assigned task.

© Sputnik / Valeriy Melnikov
Oldie but Goodie: Little Things That Keep AK-47 on Top of the World
In terms of operational accuracy, the AK-400 surpasses the tried-and-true AK-47 as well as the newest AK-12 rifle.

"The AK-400 rifle was first presented at the end of last year, at a meeting organized by the Presidential Security Service. Currently, the service is considering the purchase of the new rifle. There are several versions of the rifle for different gauges, including the old 7.62 mm gauge and the modern 5.45 mm," an anonymous defense source told the Russian newspaper Izvestia.

According to the source, the AK-12 which was presented previously as part of the new combat gear Ratnik could not meet all requirements of the elite forces.

"The AK-12 is a weapon for infantry forces, airborne troops and reconnaissance units. But Special Ops forces need a rifle with the same accuracy but it should be lighter and more compact," the source said.

© Sputnik / Grigoriy Sisoev
Haute Couture: Russia’s Kalashnikov Concern to Produce Clothing, Accessories
First of all, the AK-400 is designed for the special ops unit of the Presidential Security Service and the FSB special units Alfa and Vympel.

The new rifle has a length of 940 mm and a weight of three kilograms. It also has a new firing mode which allows firing three bullets at only one pull-off.

Unlike the AK-12, the AK-400 is equipped with a telescoping stock and the so-called Picatinny rails, a bracket that provides a standard mounting platform for various types of sights.

According to a source in Russian security services, with improved accuracy and usability, the new rifle would successfully replace the AK-47.