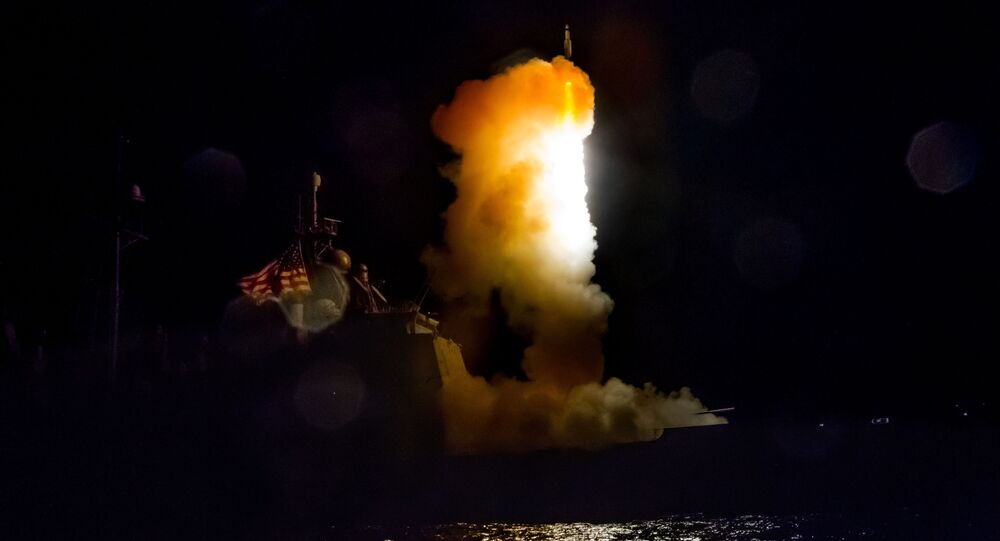 Reliance on Kinetic Missile Defense Systems Puts US at Disadvantage

Continued investment in traditional, kinetic missile defenses, without developing new technology options, will put the United States at a disadvantage against adversaries with a growing arsenal of guided munitions, according to a report released by the Center for Strategic and Budgetary Assessments (CSBA) on Friday.

WASHINGTON (Sputnik) — The most commonly fielded US missile defense architecture employs "layered" long, medium and short-range interceptors, only capable of defeating a modest salvo of incoming enemy missiles at a high cost.

"Continuing to adhere to traditional concepts and capabilities for missile defense could invite America’s adversaries to continue, if not accelerate, their investments in guided weapons, further eroding the US military's ability to project power," the report warned.

US service chiefs, as well as officials at the Missile Defense Agency, have noted the costs of current kinetic approaches to missile defense, the notion of hitting a bullet with a bullet, are "unsustainable," given the rise in worldwide proliferation of guided munitions technology.

Non-kinetic weapons are still years away from being fielded, according to Department of Defense estimates. CSBA projects that if adequately resourced, the Defense Department "should field within five years" a 150kw to 500kw solid state laser capable of countering unmanned aerial vehicles, and some cruise missiles.

© Flickr / Israel Defense Forces
Israeli ‘Iron Dome’ Missile Defense Out to Sea
Defense systems employing hypersonic projectiles, like the US Navy’s electromagnetic railgun, should be developed and fielded in the next five to ten years, the CSBA report advised, however the estimated timeframe was only a recommendation.

US missile defense has been low of the Defense Department’s budget priorities, with President Barack Obama requesting only $3 billion in 2017 for a mix of missile interceptors out of a $523 billion base budget.

CSBA is a non-profit research institution focused on defense and US national security priorities. The authors of the report, Bryan Clark and Mark Gunzinger, previously served with distinction at the Defense Department.