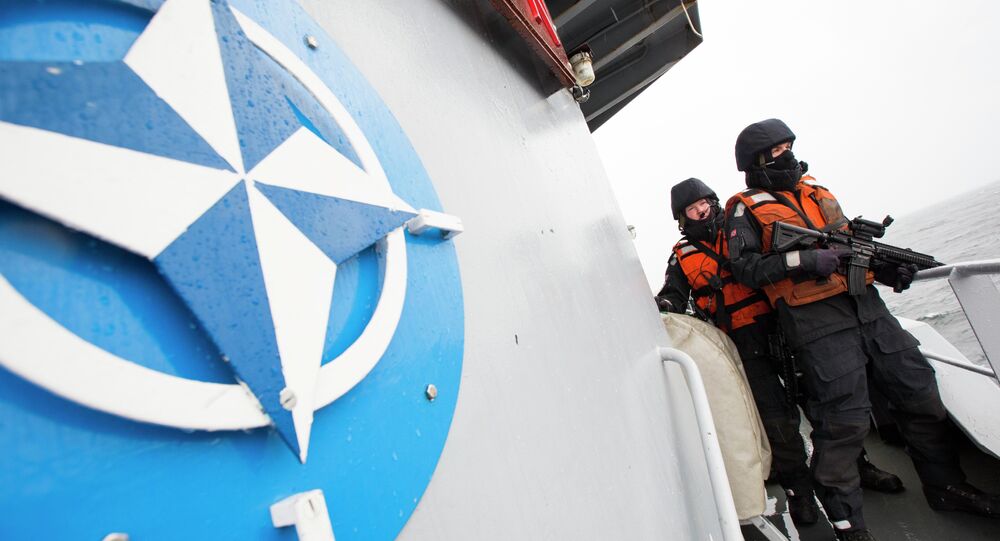 "As we move to potential additional tasks of the operation, such as the training of the coastguards of Libya or the potential work of the implementation of the UN Security Council resolution on the arms embargo, we would need also to strengthen our assets and our capacities, and the support and cooperation and NATO in this respect could be essential," Mogherini said.

Intelligence, surveillance, reconnaissance capabilities, as well as communications systems and logistics in the central Mediterranean are the "different and valuable" ways in which NATO could assist the European Union in tackling trafficking.

Stoltenberg, in turn, stressed the importance of expanded information sharing "taking into account the sensitivities and the integrity of the different organizations."

"We now have a practical arrangement on cyber[security], where we have found a pragmatic way to enhance our cooperation on cyber. We have agreed how to share information on the Aegean Sea, a practical solution where NATO ships are collecting information, doing monitoring and surveillance, and then sharing that information in real-time with the Greek navy, the Greek coastguard and the EU border agency Frontex," he said.

On Tuesday, head of the EU Military Committee Mikhail Kostarakos said the 28-member bloc was not in talks with NATO on its support for the EU naval operation to tackle people smuggling in the Mediterranean.