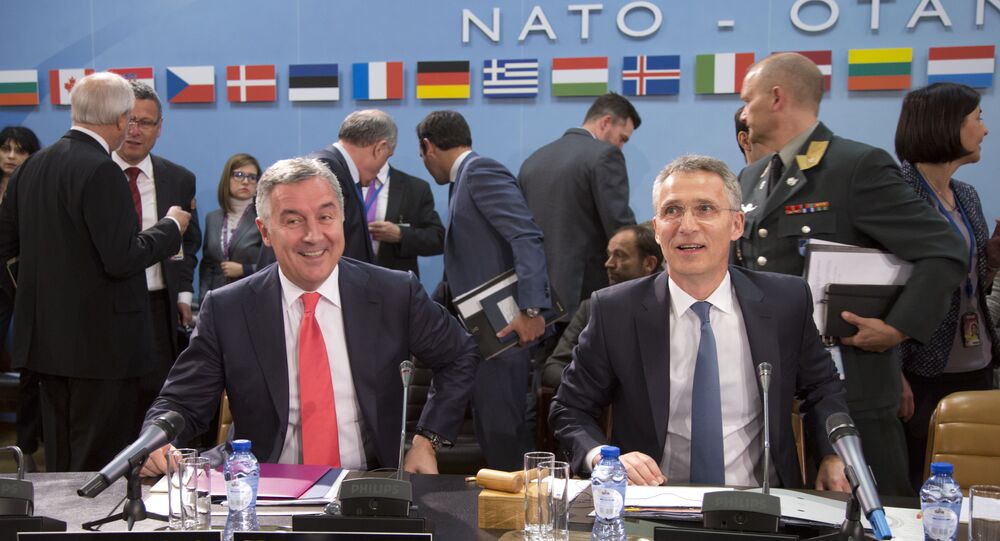 In a further sign of US-led military domination in Eastern Europe and the West Balkan region, Montenegro will Thursday (May 19) sign up to the NATO Accession Protocol, paving the way for a further advance eastward for the alliance.

"Following [the] ceremony, Montenegro will … participate in all NATO meetings as an observer, or 'Invitee'. Once all Allies have ratified the Protocol, Montenegro will become the 29th member of the Alliance."

Stoltenberg added that the move shows that "NATO's door remains open" – a long-running phrase used by NATO to defend its expansion, signing up the majority of the former Warsaw Pact nations it was formed to fight against in the Cold War.

Why is #NATO membership important to #Montenegro?https://t.co/hjPSjixb7U

"This evening, we will review the state of our relations with Russia, and our assistance to our eastern neighbors. Our policy is clear. The two pillars of our engagement with Russia are defense and dialogue. Especially in times of tension, it is important to keep lines of dialogue open, and seek more transparency."

After today's signing of the Accession Protocol, #Montenegro will be represented at #NATO meetings. #ForMin pic.twitter.com/nulFavca8T

© REUTERS / Stevo Vasiljevic
Almost 55% of Montenegrins Against Country's Accession to NATO
​In June 2015, the alliance held a huge exercise in the Baltic, with 49 ships, 61 aircraft, one submarine, and a combined amphibious landing force of 700 US Finnish and Swedish troops, alongside NATO partners Finland, Georgia and Sweden. Overall, 5,600 troops took part.

In November 2015, the leaders of Lithuania, Latvia, Estonia, Bulgaria, Hungary, Romania, Poland and Slovakia called for an increased NATO presence in Eastern Europe and the Baltic.

NATO is currently pondering – ahead of a major summit in Warsaw in July – stationing four battalions in Eastern Europe states.