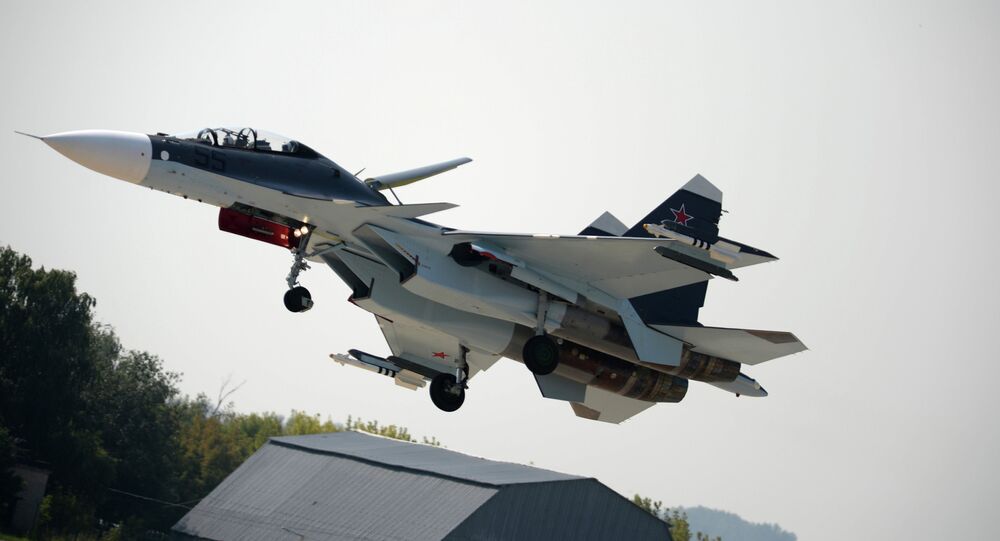 Russia's limited but highly-efficient campaign in Syria shows that Moscow's "once dilapidated military has recovered from its low-point" in the 1990s," defense analyst Dave Majumdar wrote for the National Interest.

As part of this trend, Russia is on the verge of introducing a homegrown innovative system that will significantly improve precision targeting capabilities of its attack aircraft, defense analyst Dave Majumdar wrote for the National Interest, referring to targeting pods.

"With the addition of the targeting pods, the Russian Air Force will more or less have matched all of the capabilities resident onboard US fourth-generation fighters like the F-15, F-16 or F/A-18," he added.

© Sputnik / Ministry of defence of the Russian Federation
Russia Starts Flight Tests of 'Orion' Reconnaissance Drone
Several Russian companies are working on developing targeting pods, but only one, the Precision Instrumentation Systems (PSS) corporation, has already produced a first prototype, an unnamed military source told the Izvestiya newspaper last week. They are expected to be tested later this year.

The Russian-made targeting pod can be compared to a sniper sight, the source added. The pilot will be able to follow a live video feed on a monitor installed into the aircraft cabin and target guided bombs or missiles accordingly.

"Targeting pods allow the pilot to eliminate targets with air-launched weapons equipped with television seekers or direct a laser light at the target and use laser-guided bombs to hit the mark," the source explained.

"Russia seems to have accelerated the development of the new pod after combat experience in Syria demonstrated that such capabilities are mandatory over the modern battlefield," Majumdar observed.