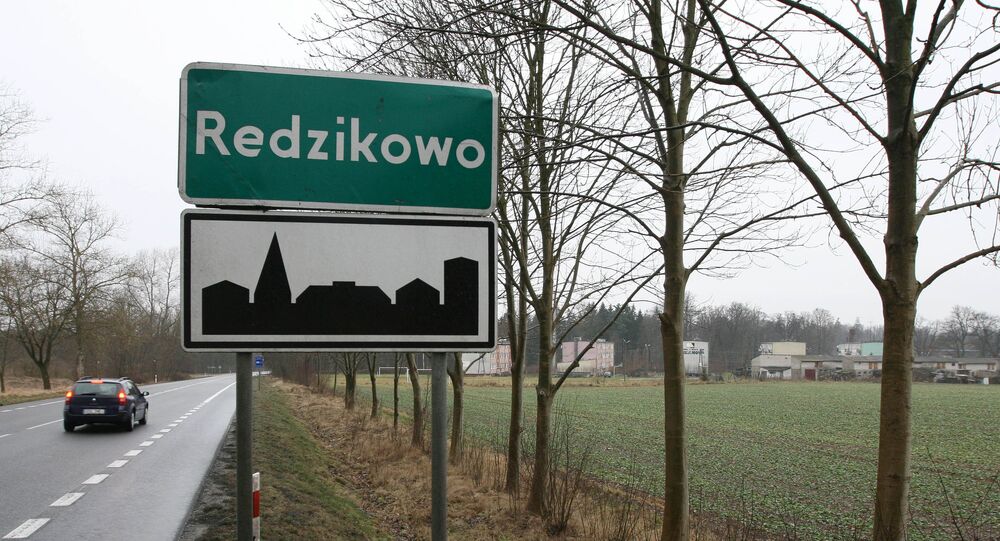 Not That Welcome: Polish Village Protests Against US Missile Defense System

MOSCOW (Sputnik) – The protest gathered dozens concerned with the health, environmental and employment opportunity effects from the US ballistic missile defense system.

"We do not want there to be this equipment, we believe this is a big threat for the region and its inhabitants, we will bear huge losses," a local resident told the TVN24 broadcaster.

Rally-goers were seen holding signs depicting crossed out rockets in show of opposition to the US missile system.

US Assistant Secretary of State Frank Rose is expected to lead the US delegation at the ground-laying in Redzikowo with Polish President Andrzej Duda and Minister of National Defense Antoni Macierewicz. On Thursday, Rose attended a ribbon-cutting ceremony to mark the operational certification of the Aegis system in Romania.

The United States’ Aegis Ashore system in Poland is expected to become operational in 2018, form the European missile shield, and be armed with land-based Standard Missile-3 (SM-3) interceptors. The SM-3 Block IB is a kill vehicle that destroys ballistic missiles through high-speed impact.

© Sputnik / Michael Klimentyev
US Air Defense Shield Not Part of Defense, But Nuclear Potential in Europe - Putin
Additionally, some 300 troops are expected to be stationed at the base in Redzikowo.

Russia has repeatedly expressed concern over the creation of an US-designed ballistic missile defense system in Europe, approved in 2010, during a NATO summit in Lisbon. Poland and Romania joined Spain and Turkey in agreeing to deploy elements of the system on their territories.

By Ensuring Own Security, US 'Requires Vulnerability' of Other Nations