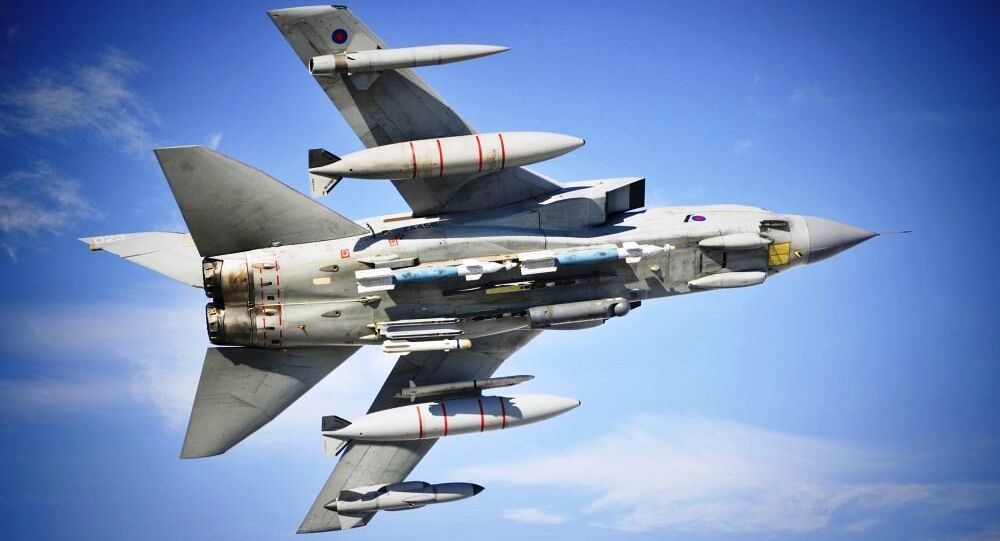 LONDON (Sputnik) – The RAF assumed its four-month rotation of the NATO Baltic Air Policing (BAP) mission at the Amari air base in northwestern Estonia on April 28.

"This is another example of just how important the UK’s contribution to the Baltic Air Policing Mission is. We were able to instantly respond to this act of Russian aggression — demonstration of our commitment to NATO’s collective defense," Defense Secretary Michael Fallon said.

The aircraft identified by the ministry as AN-26 Curl, AN-12 Cub and IL-76 Candid were detained because they "were not transmitting a recognized identification code and were unresponsive."

© AP Photo / Gero Breloer
NATO's Surge in the Baltics: Trying to Show Putin Who's in Charge?
The date of the incident has not been disclosed, but the ministry statement noted it was the "first intercept of Russian aircraft" in the May-August round of the BAP.

In mid-April, Russian Defense Ministry spokesman Maj. Gen. Igor Konashenkov said all flights by airplanes from Russia’s Aerospace Forces were completed in accordance with international norms. His comments came in response to statements that Russia completed dangerous actions over the Baltic Sea.

The Baltic states comprising Latvia, Estonia and Lithuania do not possess air patrol capabilities. Since joining NATO in 2004, the three countries' airspace has been defended by a rotating NATO mission.

NATO to Deploy 4 Battalions in Baltics to Deter 'Russian Threat'