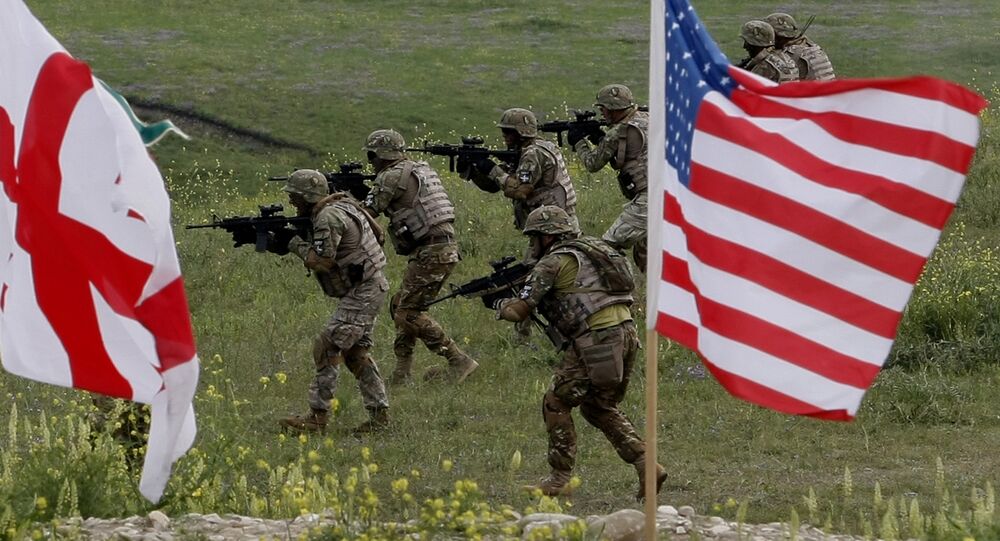 South Ossetia is on high alert over the ongoing Georgia-US military drills, as the government does not "expect anything good from" Tbilisi.

TSKHINVALI (Sputnik) — The government of the breakaway Georgian region of South Ossetia is on high alert amid the ongoing large-scale Georgia-US military exercises, Gana Yanovskaya, spokeswoman for the South Ossetia president, said Thursday.

"We are always on guard since we don't expect anything good from Georgia. We sign agreements on bilateral cooperation and integration with Russia, as it is our only ally. Within the framework of our agreement with Moscow, we have listed the issue of providing security on the border as well as throughout the country," Yanovskaya said.

She added that South Ossetia has not ruled out the possibility that Georgia's allies are fueling Tbilisi's revanchist sentiment.

"What is happening in South Ossetia is not new for us, our security services are always on the alert. The KGB [Committee for State Security], the Border Services Agency are [constantly] monitoring the situation on the border," the spokeswoman said.

© Sputnik / Vladimir Ivanov
Stay Tuned: South Ossetia Might Hold Referendum on Joining Russia
The largest joint Georgian-US military exercises are currently underway at Georgia’s Vaziani Air Base, 12 miles from Tbilisi, running May 11-26. They are aimed at enhancing US and Georgian interoperability within the NATO Response Force, which is a high readiness force established in 2003 to respond to emerging security situations.