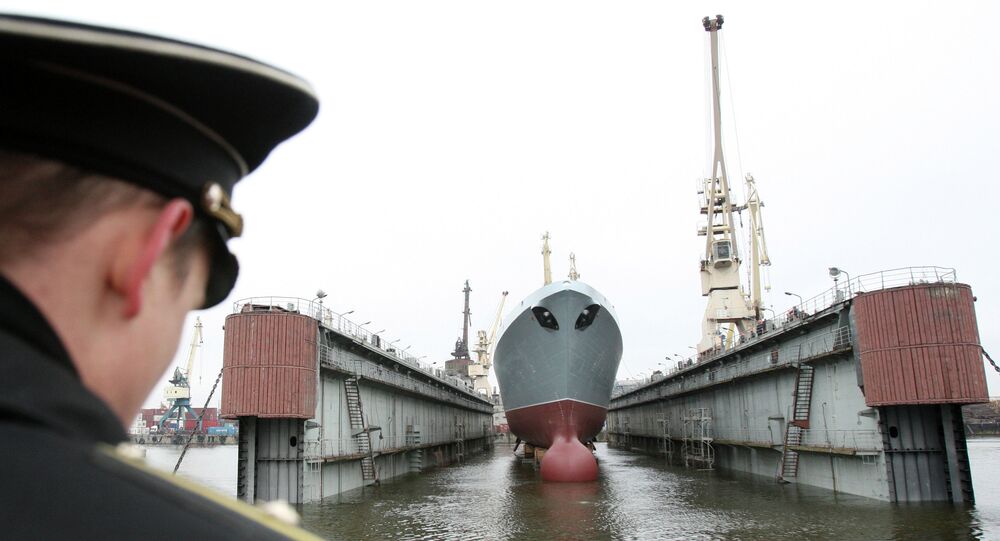 © Flickr / Konny Zürcher
Russian Navy to Showcase Modern Robotic Systems at Army-2016 Forum - Defense Ministry
MOSCOW (Sputnik) — In March, the Defense Ministry said the Admiral Gorshkov was expected to join the Navy in December 2016. The warship first sailed into the north-eastern region of the Atlantic Ocean in late September.

"Six such ships should join the Navy by 2025. They will be equipped with modern weaponry and the latest navigation tools," Shoigu said during a conference call adding that the Admiral Gorshkov now is being tested by the Russian Navy's Northern Fleet.

The Admiral Kasatonov, the second project 22350 vessel, was launched in late 2014, while two further frigates, the Admiral Golovko and the Admiral Isakov, are under construction at Severnaya Verf shipyard in St. Petersburg.