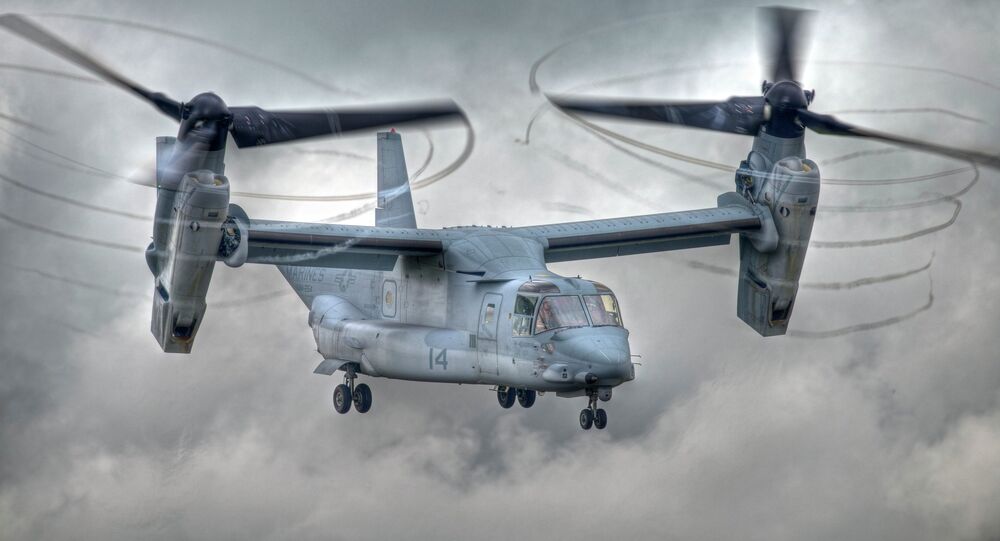 Defense contractors Lockheed Martin and Boeing compete with Bell Helicopters to come up with the next-generation replacement to the US Army’s helicopter fleet.

On Monday, defense contractors Lockheed Martin and Boeing announced the development of the SB-1 Defiant, a high-speed helicopter expected to replace the US Black Hawk helicopter, ahead of the Army Aviation Association of America summit in Atlanta.

The Lockheed-Boeing prototype helicopter, expected to see its first flight in 2017, includes a futuristic coaxial rotor design, with one blade mounted atop the other. The helicopter, developed by Lockheed subsidiary Sikorsky in conjunction with Boeing is one of two helicopters commissioned by the US Army to replace the venerable Black Hawk.

The SB-1 Defiant, in its bid to become the Army’s combat helicopter of choice, faces a stern challenge from Bell Helicopter who is producing the hybrid V-280 Valor, a tiltrotor aircraft that can take off and land like a helicopter or can rotate its propellers to fly fast like a fixed-wing plane. The V-280 is scheduled for its first flight in September 2017.

In 2013, the US Army commissioned demonstrations of the SB-1 Defiant and the V-280 Valor after contemplating the replacement of its entire fleet of helicopters for over a decade. Combat challenges in the hot, sandy and mountainous terrain of Iraq and Afghanistan exposed performance limitations in Black Hawk and AH-64 Apache helicopters, creating an urgent need to create aerial combat vehicles that can fly higher, farther, and faster, while also carrying greater payloads.

The competition between the SB-1 Defiant and the V-280 Valor are part of the US Army’s Future Vertical Lift program, an effort to replace all Army helicopters including the Black Hawk, Apache, Chinook, and Kiowa choppers. The replacement of the entire fleet of US Army helicopters is projected to cost over $100 billion.

Despite the development of next generation combat choppers, the US Army announced that it will not buy new rotorcraft until after 2030, citing steep cuts to the military branch’s modernization and acquisition budget. Last September, NATO colleague Netherlands criticized the Army’s decision to delay helicopter acquisition, arguing that delays imperil the military alliance’s ability to succeed in future conflicts.

Bell Helicopters hopes to exploit the Army’s current ambivalence to skip ahead of the Lockheed-Boeing team, projecting that the V-280 Valor will be combat-ready and operational by 2024, long before the expected preparedness date of the SB-1 Defiant.

"There’s no real technology that needs to be further developed for us to be able to design and develop an aircraft that meets these requirements," said Bell’s Vice President Vince Tobin, about the V-280’s advanced tiltrotor design. "Our big push now is that, after we fly this and prove out that we can build this aircraft that we are ready to go into engineering and manufacturing development."

The US already possesses a hybrid helicopter-jet in its fleet, the tiltrotor V-22 Osprey, produced jointly by Boeing and Bell Helicopters. The V-22 Osprey flies farther and faster than traditional helicopters, overcoming traditional combat theater challenges. Its high speeds allow for rapid rescue of downed pilots and its longer range would allow for seamless fleet repositioning in a prospective Asia-Pacific theater.

However, the $36 billion V-22 program faces growing controversy over repeated complaints by US service members that the hybrid aircraft’s design is flawed and unsuitable for combat. The embattled V-22 has had seven hull-loss accidents resulting in 36 fatalities – 30 fatalities occurred during testing between 1991 and 2000, and 6 other fatalities occurred in combat after the craft became operational in 2007.