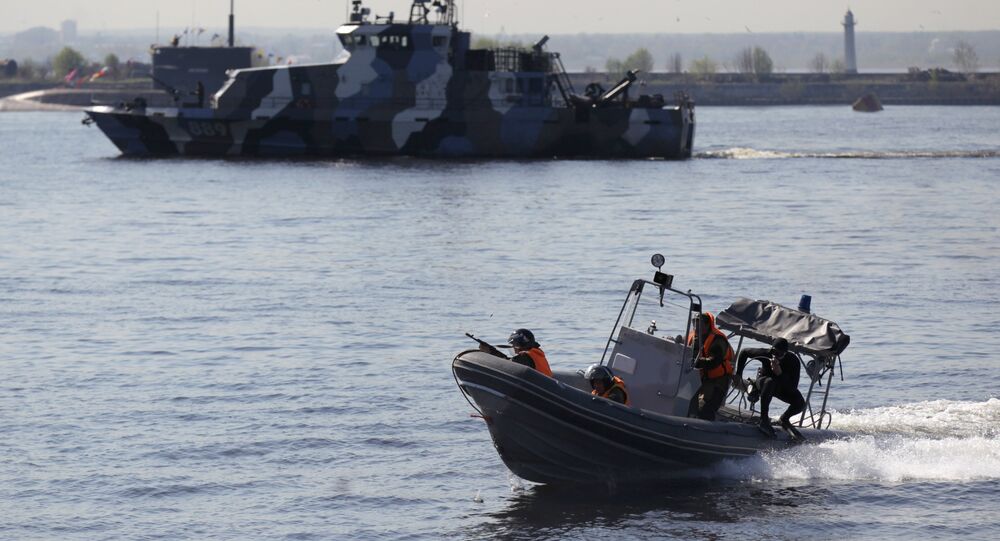 New warships, including amphibious boat Serna, will be demonstrated at the 2nd International Military-Technical Forum Army-2016, according to the Russian Defense Ministry.

According to the press release, amphibious boat Serna will transfer the self-propelled anti-aircraft gun Shilka across water obstacles under the cover of Raptor patrol boats’ fire. An airborne assault group of the special forces will reportedly land on the Petrovsky Park pier to fight simulated underwater sabotage forces. At the same time, a small anti-submarine ship will conduct an artillery battle with a simulated enemy vessel.

Viewers will see scenes of liberation of a ship seized by pirates, an episode of emergency assistance to a ship, and sweeping of naval mines, the press release said.

© Sputnik / Sergey Mamontov
Over 50 Russian Research Institutions to Take Part in Army-2016 Forum
The dynamic demonstration will reportedly end in a show of offshore tugs waltzing with water fountains.

The Army-2016 forum is scheduled to take place on September 6-11. According to the official website of the event, the goals of the forum include stimulating innovation in the Russian military-technical complex, developing cooperation with other states and promoting technical re-equipment of Russia's Ministry of Defense.