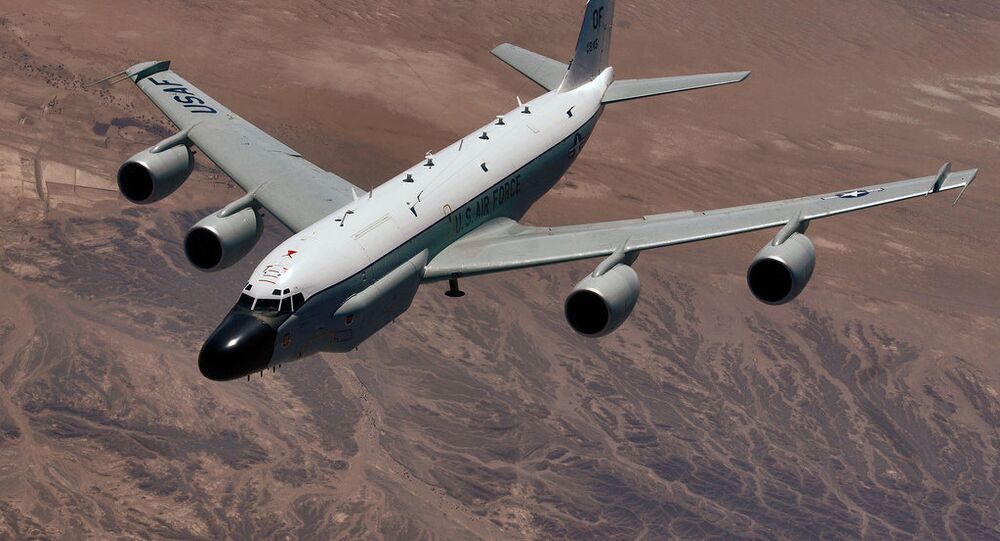 US Aircraft Reportedly Intercepted by Russian Jet Was in Int'l Airspace

WASHINGTON (Sputnik) – On Friday, US media reported that a Russian Su-27 jet performed a "barrel-roll" over a US Air Force RC-135 reconnaissance plane in the Baltic Sea.

"The US aircraft was operating in international airspace and at no time crossed into Russian territory. This unsafe and unprofessional air intercept has the potential to cause serious harm and injury to all aircrews involved," Lt. Col. David Westover of the US Air Force said.

Westover said that the US aircraft was "flying a routine route in international airspace over the Baltic Sea [when it] was intercepted by a Russian SU-27."

© East News
US Aircraft Intercepted by Russian MiG-31 Supersonic Jet in Far East - Media
On April 17, Russian Defense Ministry spokesperson Igor Konashenkov refuted a similar report earlier this month, and explained that the Russian military had detected an unknown aerial target heading for the Russian border at high speed. A Su-27 jet was dispatched and identified the craft as a US Air Force RC-135 reconnaissance plane, which then changed its course.

Flyby incidents in the Baltic Sea have been a source of tension between Russia and the United States.

On April 13, the United States expressed concern after Russian Su-24 tactical bombers flew over the US guided missile destroyer Donald Cook in the Baltic Sea.