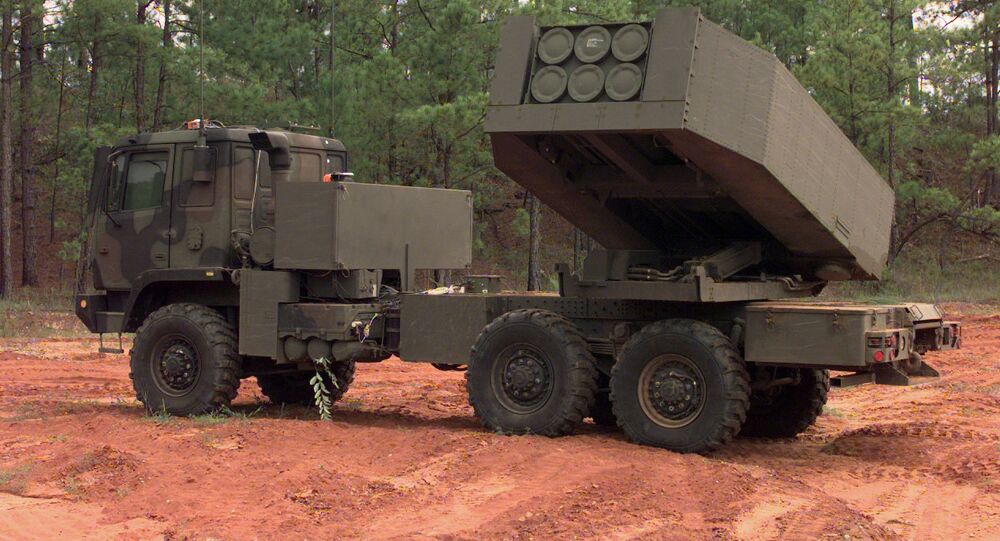 US to Deploy Multiple Rocket Launchers in Turkey, Iraq for Anti-Daesh War

Washington will deploy two multiple rocket launchers - one in Turkey and the other in Iraq - to be used against Daesh.

WASHINGTON (Sputnik) – A US High Mobility Artillery Rocket System (HIMARS) will be based in Turkey to support operations against Daesh in Syria, and another system will be used in Iraq to help local forces, a Pentagon official said during a press briefing on Tuesday.

© Flickr / Brian Klug
Digital War: US Begins to Use 'Exclusive Cyber Capabilities' in Fight Against Daesh
Gersten noted that the coalition has been working with Turkey regarding the Himars system deployment.

The US-led international coalition of more than 60 members has been carrying out airstrikes against Daesh targets in Iraq since August 2014.

In March, US Secretary of Defense Ashton Carter said that Washington was deploying units to the Middle East that could operate the HIMARS to aid the coalition in its fight against Daesh.

On Monday, US President Barack Obama announced that Washington would send additional 250 US personnel to Syria to help local forces in their fight against Daesh. Moreover, last week the Obama administration said it would send 217 troops to Iraq to assist the local forces in retaking Daesh stronghold of Mosul.

US-Led Coalition Carries Out 14 Airstrikes Against Daesh in Syria, Iraq