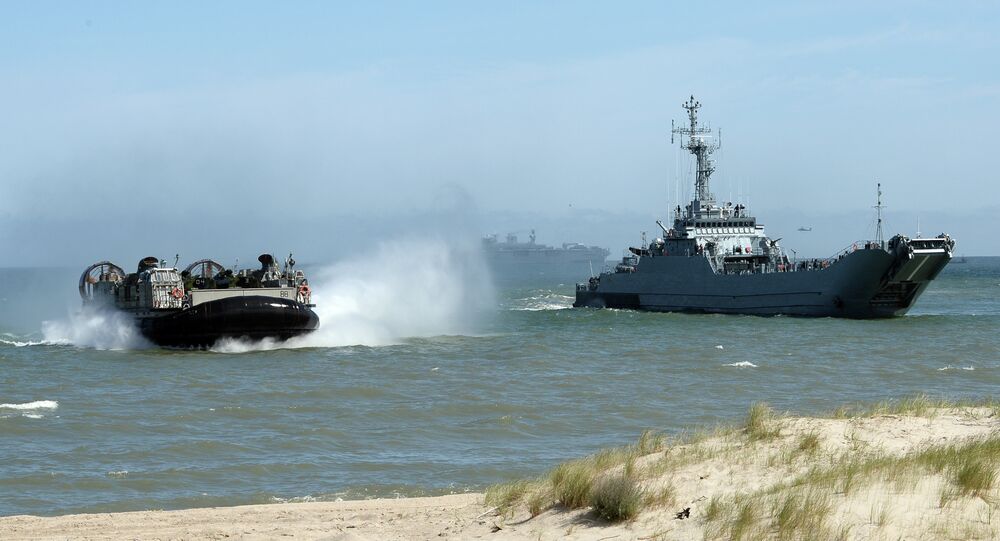 Poll: Half of Germans Oppose Deployment of NATO Forces in Baltic Region

Nearly half of people in Germany oppose the idea of protecting the Baltic states from a so-called military threat posed by Russia, a new poll revealed Tuesday.

MOSCOW (Sputnik) — According to the poll commissioned by the Bertelsmann foundation and the Warsaw Institute of Public Affairs, some 56 percent of Germans surveyed do not consider Russia as a threat to their country, with 49 percent of respondents opposing the idea of permanent deployment of NATO forces in Poland or the Baltic states.

Meanwhile, each fourth German citizen out of 10 answering the poll expressed support for the alliance's presence in Poland, Lithuania, Latvia or Estonia.

© Sputnik / Lev Polikashin
NATO Confirms Escorting Russian Aircraft Over Baltic Sea on March 28
On Wednesday, a first Russia-NATO Council meeting at the level of permanent envoys in Brussels in two years failed to yield any significant results due to the sides’ disagreement on a number of geopolitical issues.