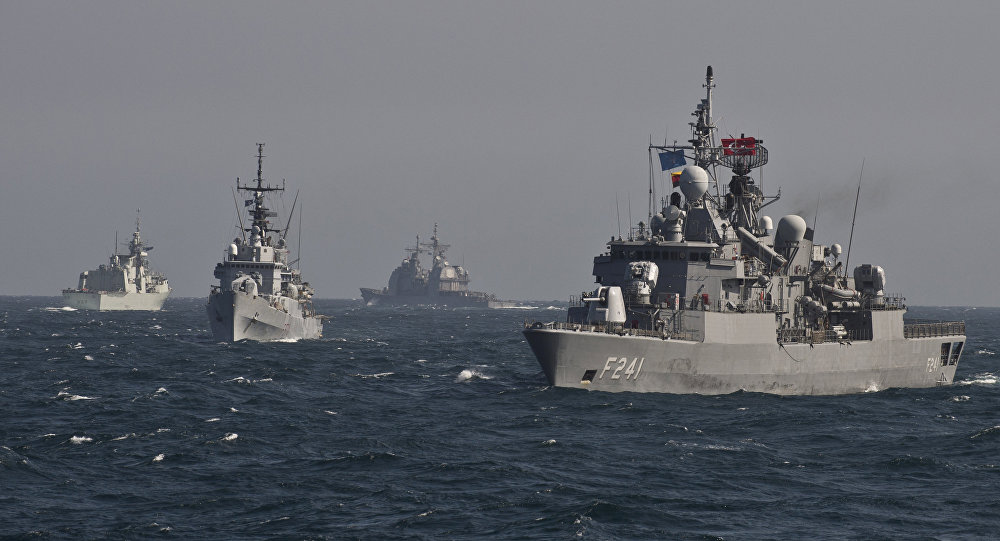 US President Barack Obama said that neither NATO nor the European Union pose a threat to Russia.

WASHINGTON (Sputnik) — According to the US president, the expanstion of NATO's military presence along the Russian border is not a reason for Moscow to worry.

"[Russian President Vladimir] Putin has generally viewed NATO, EU, trans-Atlantic unity, as a threat to Russian power <…> Now, I think he's mistaken about that," Obama told CBS News in an interview on Monday.

© Flickr / U.S. Pacific Fleet
Any Excuse: US Congress Uses Donald Cook Incident to Quadruple Anti-Russian Arms Spending
Obama added that he had indicated to the Russian leader that "a strong, unified Europe working with a strong, outward-looking Russia — that's the right recipe."

Over the past two years, NATO has been increasing military exercises near Russia’s border while Washington has increased funding for the NATO Reassurance Initiative to support deploying up to 5,000 troops in Eastern Europe.

Moscow has repeatedly warned that NATO's amassing of troops and equipment on Russian borders is provocative, contrary to previously reached agreements and can destabilize the region.