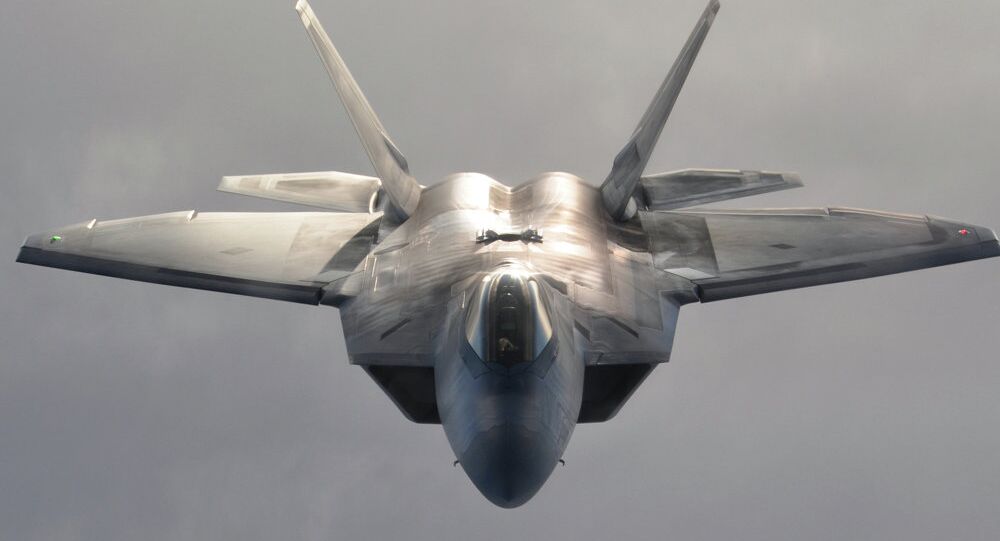 Military experts are discussing whether it is worth to continue manufacturing the F-22 fighter jet, as the cost of its operation and maintenance might be a bit too lavish for the Air Force to handle, James Hasik wrote for the Atlantic Council.

© AFP 2020 / USAF
Tactical Resurrection: US Wants to Revive F-22 Fighter Jet as it ‘Loses Technological Edge’
A number of US defense magazines have already been discussing whether it would be worth to re-start the production of the F-22.

Some argue the US Air Force should have more F-22s due to their technical edge over other fighter jets, namely the F-35A.

Others say that the price tag for F-22 could be too much for the Air Force to bear.

"The bigger problem may be economic. At issue is more than potentially alarming restart costs; the F-22s are very expensive to operate, and the USAF knows so," Hasik, who a senior research fellow at the Brent Scowcroft Center on International Security, wrote for the Atlantic Council.

What's interesting is the operating cost of the F-22 will be even more expensive than the new F-35, which will cost around $42,000 per hour.

© REUTERS / Master Sgt. Kevin J. Gruenwald
Fearing Russian 'Aggression,' US Deploys F-22 Jets to Eastern Europe
Amid all these talks, the EU government sent a couple of F-22 Raptors to an air base in Romania to counter an alleged Russian aggression.

The F-22 was designed as an air superiority fighter, but can also be used for ground attacks, electronic warfare and signals intelligence. Lockheed Martin was the prime contractor for the F-22 fighter jet.