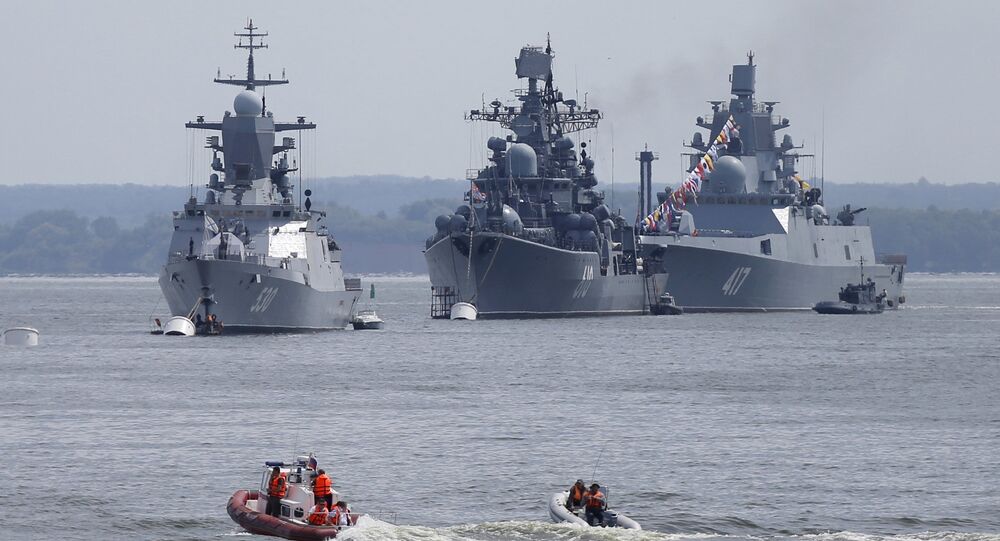 Russia has conducted an "unprecedented" reinforcement of its Navy as the number of its vessels in the world's oceans has surpassed 100.

MOSCOW (Sputnik) – The Russian Navy has boosted its groupings to approximately 100 warships and other sea vessels in the Arctic and other oceans, Navy Commander Adm. Vladimir Korolev said Thursday.

“The unprecedented growth of groupings of our forces in the Arctic and world oceans is the result of painstaking work in [Russia’s] newest history. Today, there are at least 100 warships and other vessels,” Korolev said.

The Russian Armed forces are undergoing a massive rearmament program.

"The world has seen the military power of our Aerospace Forces, Black Sea Fleet and Caspian Flotilla which dealt a crushing blow to Daesh and other terrorist groups. This was possible thanks to the intensive military training, high-quality upgrade and technical modernization of the Russian Army and Navy", Korolev underscored.