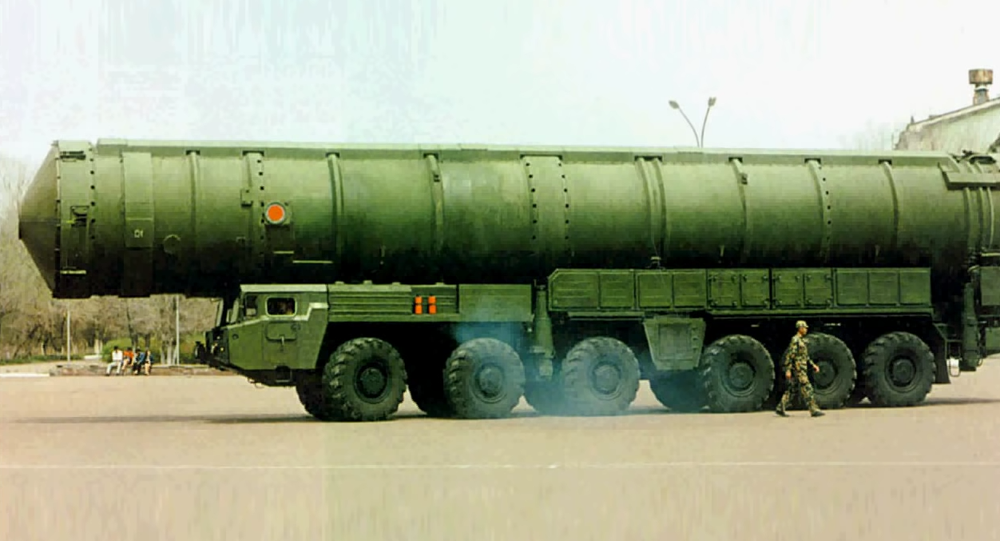 The test of the DF- 41 overlapped with the visit of both the Chinese and US military leaders to the South China Sea, according to the US-based Washington Free Beacon, citing a source in the Pentagon.

The missile test also coincided with US Defense Secretary Ash Carter’s visit to the aircraft carrier USS Stennis, which was sailing in the South China Sea last week, the publication further noted.

​​​The launch of the Chinese missile was registered by American satellite tracking systems. The source did not specify from where the launch was made this time.

Earlier the publication reported, “US intelligence agencies estimate the DF-41 when deployed will carry up to 10 MIRVs—vastly increasing Beijing’s current warhead stockpile, which is based on single-warhead missiles, and currently estimated to include around 300 warheads.”

Earlier Kanwa Asian Defense Journal published the information stating that, China will put the ‘world’s longest-range missile’ into service by 2016.

Information on the development of new third-generation ballistic missiles by China first time appeared in press back in July 2014, when the United States published a report on “trends in military and security spheres.”

The report said that China is improving its level of armaments and intensifying its military training, which is seen as a threat to Washington.