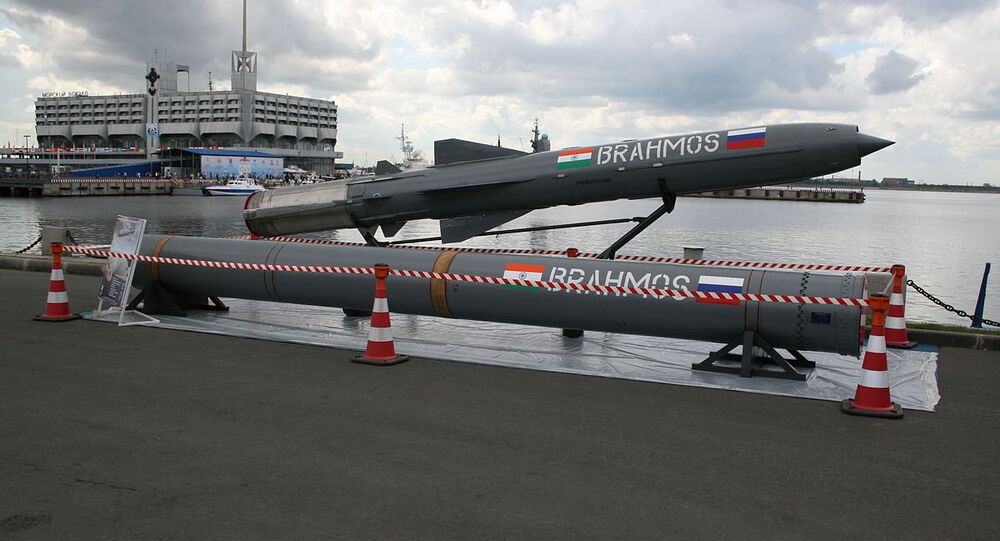 An Asian-Pacific country will sign a contract on the delivery of Russian-Indian BrahMos cruise missiles by the end of 2016.

KUALA LUMPUR (Sputnik) – The first export contract on delivering Russian-Indian BrahMos cruise missiles to a country in the Asian-Pacific Region will be signed by the end of 2016, BrahMos Aerospace spokesman Praveen Pathak said Wednesday.

“It’s too early to be specific since negotiations are continuing, but we plan that by the end this year there will be one solid contract,” Pathak told RIA Novosti in an interview.

He added that the Asian-Pacific nation would be a friendly nation that neither Russia nor India has any conflicts with.

Gurinder Osan, File
Russian-Indian BrahMos Missile to Be Test-Fired From Su-30MKI in September
The first trials of the Russian-Indian BrahMos cruise missiles on Russian Su-30 Flanker C multirole fighter jets will begin in one or two months and end in November-December 2016, Praveen Pathak said.

"Ground tests of the aircraft missile have ended, now we're planning to place it on an Su-30 and in the next month or two there will be trial launches," Pathak told RIA Novosti.

He said that a life-sized rocket mock-up would be initially used in the tests, and then proceed with an actual BrahMos cruise missile.

“We hope that all of the tests will be complete in November-December,” Pathak added.

Russian-Indian PAK FA May Be Armed With BrahMos Cruise Missiles