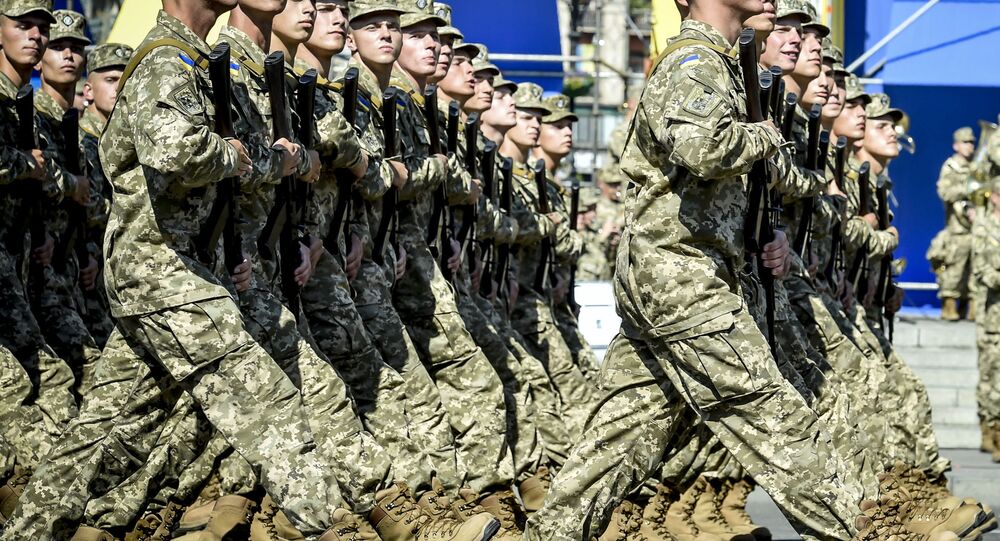 The LITPOLUKRBRIG brigade consisting of Lithuanian, Polish and Ukrainian forces will participate in the upcoming military exercise Anakonda-16 in Poland, the Ukrainian Defense Ministry said Monday in a statement.

© Flickr / Jan Kraus
Lithuania, Poland, Ukraine to Open Joint Brigade HQ in Poland Monday
KIEV (Sputnik) — According to the ministry, the participation in the drills is set to boost the interoperability of the Lithuanian-Polish-Ukrainian Brigade with current and potential partners, as well as to solve mission command issues.

"During the ANAKONDA-16 multinational exercise to be conducted in June this year the Lithuanian-Polish-Ukrainian Brigade will deploy an operational Headquarters in Nowa Deba training area and take the designated affiliated units under its command," the statement reads.

Anakonda-16 is a Polish-led, joint, multinational exercise set to be held in Poland on June 7-17. The drills will involve over 25,000 military staff from most of the NATO and partner nations, including Germany, Turkey, the United Kingdom and the United States.