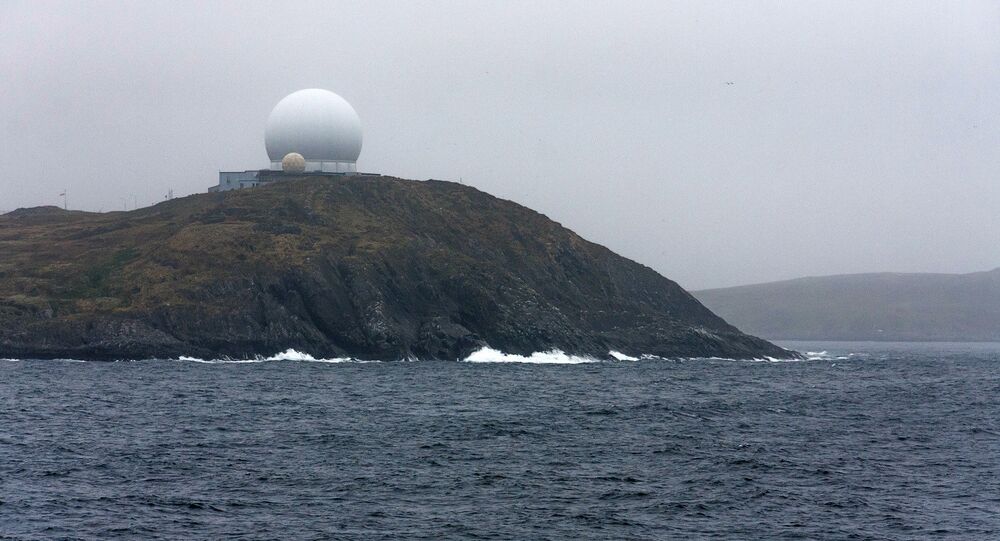 Norwegian Intelligence has released to the press the first illustrations of plans for a new radar complex to be aimed at Russia. The Globus III radar at Vardo, northern Norway, will report to US military command responsible for nuclear and space operations, Norwegian Broadcasting Corporation (NRK) reports.

The 'Globus III' radar at Vardo is a joint project of the US Air Force Space Command and the Norwegian Intelligence Service. The new radar, expected to be completed by 2020, will cost approximately a billion Norwegian krone (about $121 million USD). The new system will complement the already-existing Globus II, providing the latter with increased intel-gathering capacity.

Citing Norwegian Intelligence, NRK explains that the new radar will be charged with monitoring and classifying objects in outer space, "monitoring compliance of Norway's national interests in the north," and gathering information for use in research and development at the national level.

However, the Norwegian broadcaster adds, in the press release about the new radar, nothing is said about the radar's connection to US military command.

"The official American document [on the radar] offers a different version," NRK notes. "The radar at Vardo is closely linked to the radar at Eglin AFB, Florida; both stations are subordinate to the 1st Space Control Squadron in Colorado. This unit, in turn, is subordinate to the 21st Space Wing, whose sole mission is to warn of nuclear-armed ICBM attacks against the US, and military threats in space."

© AFP 2021 / YIANNIS KOURTOLGOU
Norway Chief of Defense Warns Armed Forces Ill-Prepared for Attack
Speaking to the broadcaster, former CIA analyst Allen Thomson said that he believes that the new radar system may be identical to the Ground-Based Radar Prototype (GBR-P) system used for missile defense. During the presidency of George W. Bush, that system had been placed in the Czech Republic as part of a European missile defense system.

For its part, the Norwegian Ministry of Defense had previously repeatedly rejected the idea of participating in a US missile defense shield.

"I assume that the Globus III radar will perform the same tasks as the Globus II, just more of them and better," Thomson noted.

For his part, Charles P. Vick, a researcher at the Washington-based defense analysis group GlobalSecurity.org, says that the new radar at Vardo may be a component of the new US system called Space Fence, a $1.59 billion US Air Force project meant to track everything from ICBMs to artificial satellites to space debris in earth orbit. That system is set to go online in 2019-2020, at the same time that the Vardo facility will be completed.

Finally, Theodore Postol, a professor of science, technology and international security at the Massachusetts Institute of Technology, suggests that the new facility is designed specifically to track Russian military activity, including submarine missile testing in Russia's north.

"The fact that the radar is located in Vardo [a municipality in Finnimark county, which borders Russia] makes it likely, to some extent anyway, the radar's task will be to gather intelligence about missile testing by Russian submarines from Plesetsk [in Russia's northwest] to Kamchatka [in the Russian Far East]."

Tonight I Feel Lucky: Lottery Determines Who Gets to Hunt Elk in Norway