Two ships of the the Japanese Maritime Self-Defense Force (JMSDF) arrived on Tuesday in the Vietnamese naval base of Cam Ranh Bay in the South China Sea to join the naval drills aimed at keeping a check on China amid territorial disputes, media reported.

TOKYO (Sputnik) — According to the Kyodo news agency, the purpose of the drills is to contain China's influence, which has recently been increasing its military presence in the South China Sea in the vicinity of the disputed Xisha Islands, or Paracel Islands, and Nansha, or the Spratly Islands. 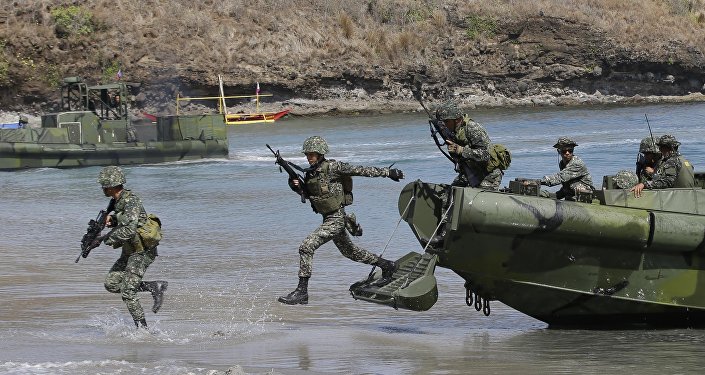 In February, a JMSDF team conducted joint exercises with the Vietnamese Navy for three days in the Southeast Asian country and nearby waters.