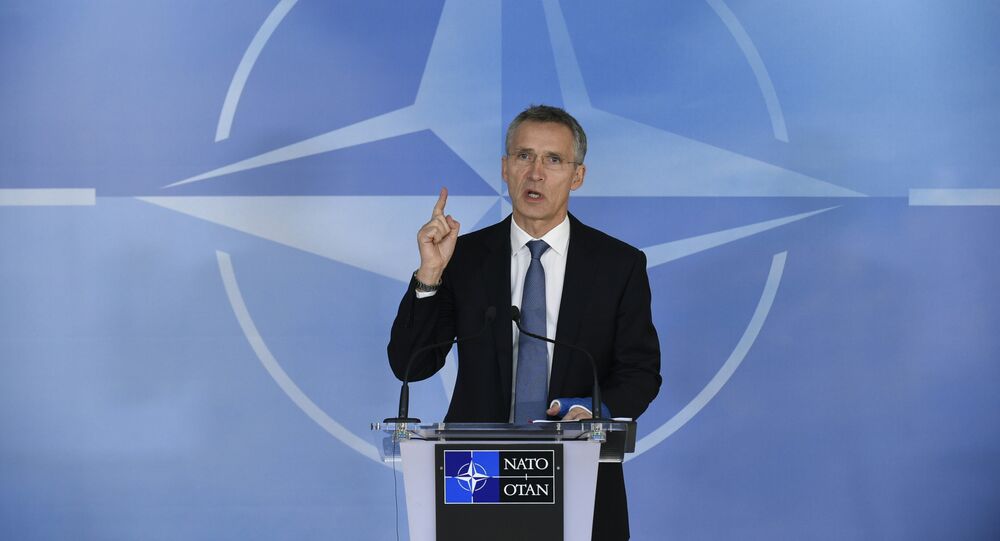 NATO Secretary General Jens Stoltenberg said that the alliance intends to cooperate with the Islamic Coalition against the Daesh terror group.

© AP Photo / Militant website via AP
Untold Story of Palmyra Battle: How NATO Paved the Way for Daesh Advance
WASHINGTON (Sputnik) — NATO intends to cooperate with the Islamic Coalition against the Daesh terror group, the alliance’s Secretary General Jens Stoltenberg said in a speech at the Atlantic Council in Washington, DC.

"If the question is whether we [NATO] are going to work together with the Islamic Coalition to counter ISIL [Daesh or Islamic State], then the answer is — yes," Stoltenberg stated on Wednesday. "I welcome that Islamic Countries are going together to fight ISIL."

Stoltenberg noted that it is important for the Islamic countries to stay at the forefront of the fight against terrorism.

The NATO chief underscored that the alliance has no intention to conduct direct military intervention in Syria within the framework of anti-Daesh campaign.

In December, 34 Muslim nations, including Saudi Arabia, formed a coalition to fight terrorism. The formation of the coalition took place amid criticism that Arab nations could do more to fight Daesh.

The infamous terror group has been outlawed by the United States, Russia and numerous other countries.