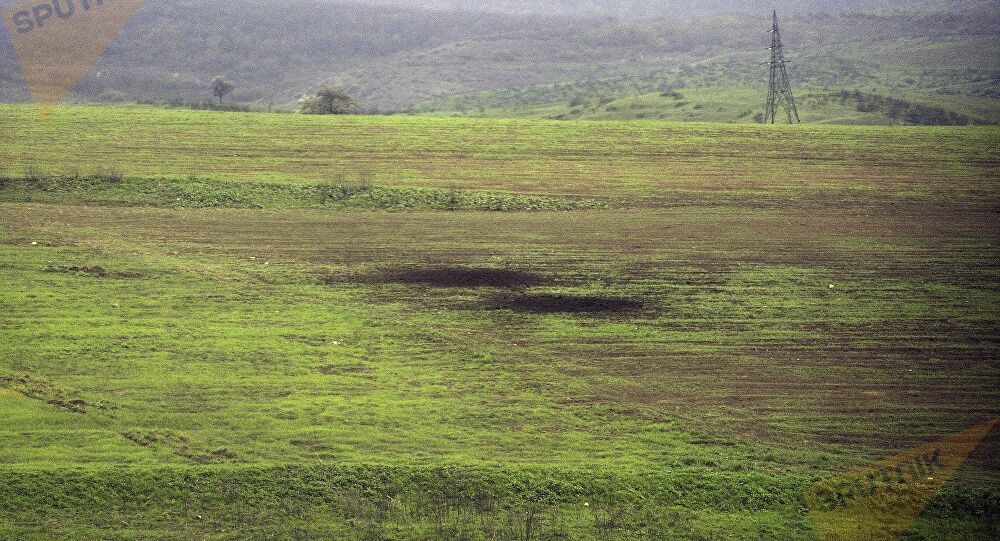 © Sputnik / Asatur Esayants
Azerbaijani Military Claims Destroyed Armenian Army Base HQ in Nagorno-Karabakh
YEREVAN (Sputnik) — Armenia and Azerbaijan declared a dramatic escalation of the situation in the Nagorno-Karabakh region on April 2. Baku and Yerevan traded blame for breaching the truce in the conflict and reported heavy fighting in the area.

"The army of Nagorno-Karabakh, in the southern direction of the Karabakh-Azerbaijani line of contact, downed another drone from the Azerbaijani Air Forces," Hovhannisyan told RIA Novosti.

Another Azerbaijani drone was destroyed

The conflict in Nagorno-Karabakh began in 1988, when the Armenian-dominated autonomous region sought to secede from the Azerbaijan Soviet Socialist Republic, before the latter proclaimed independence following the collapse of the Soviet Union in 1991.