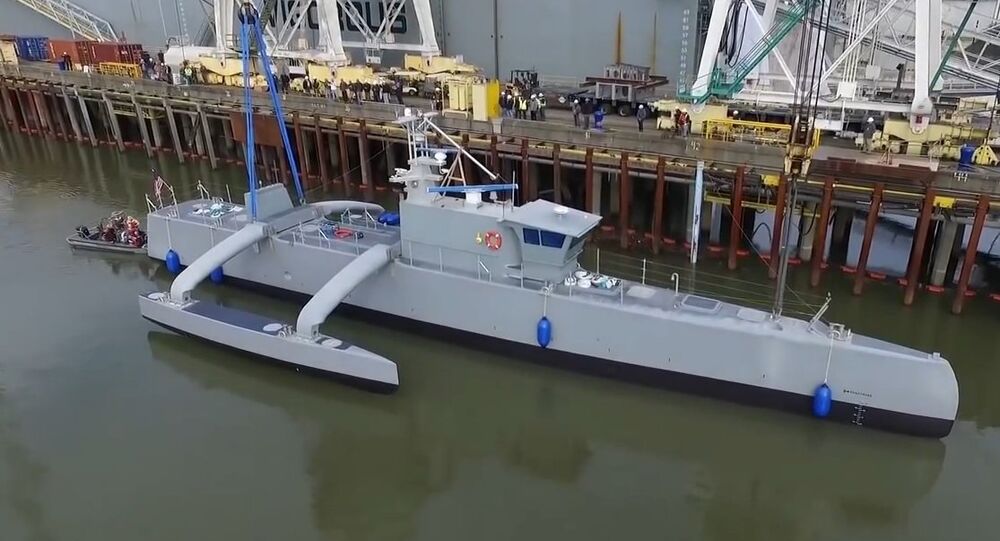 The United States has started sea trials of the prototype of its 130-foot unmanned ship, whose main task will be to detect enemy submarines.

The ship will be at sea for months, looking for foreign submarines. After locating the target, it will begin its pursuit, passing the coordinates to the US headquarters.

© AFP 2021 / NOEL CELIS/POOL
US Navy’s New Information System Cost Soars by Over $1.66Bln
During trials the ship located a submarine at a distance of a kilometer, the Defense Advanced Research Projects Agency, DARPA, reported.

ACTUV is capable of using long/short-range sonar to detect foreign submarines, even stealthy diesel electric ones that don't make noise.

The US Navy expressed that foreign submarines pose a real threat to its security. Especially the diesel-electric submarines, because they are inconspicuous and inexpensive, making them accessible to a wide range of countries. Iran says it has 17 such submarines in service.

To counter this threat, the United States uses its nuclear submarines, but they are very expensive and inefficient.

Hence, the new project is needed to develop the technologies of unmanned surface ships. A lack of people on board significantly increases the autonomy of the vessel and reduces its size.

According to the plan, the 40-meter-long ship will spend months patrolling the high seas, protecting a predetermined area. In the future, a network of unmanned vehicles may be able to take complete control of large portions of the world's oceans.