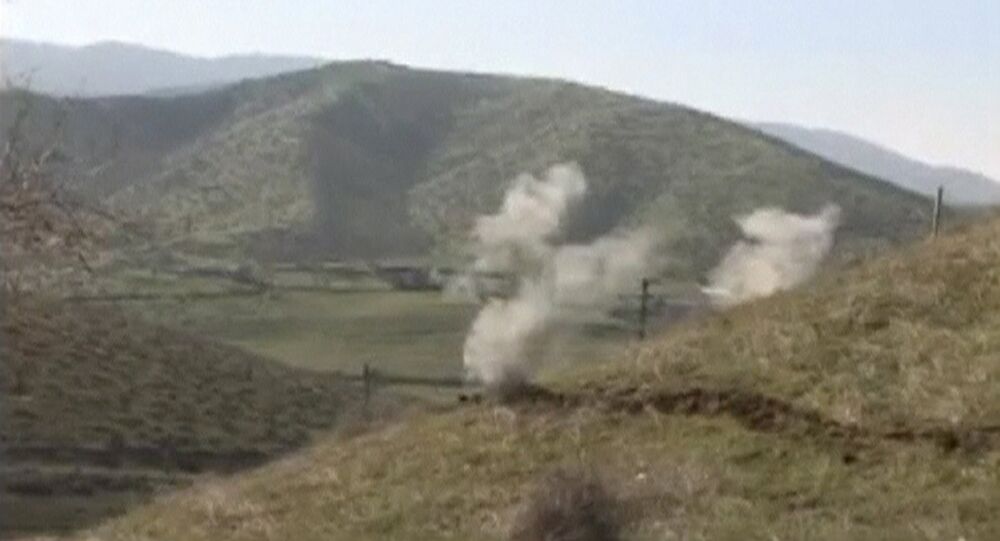 Artillery fire was exchanged by armed forces of Azerbaijan and the self-proclaimed Nagorno Karabakh Republic (NKR) earlier on Sunday, a Sputnik corresponded reported.

MARTAKERT (Sputnik) — Shelling is taking place in the area around Karabakh's town of Martakert, some 2.5 kilometers (1.5 miles) from the Karabakh-Azerbaijan contact line.

Howitzer shells is being fired from the Azerbaijani side, NKR military sources said. At least five shells exploded at around 14:00 p.m. local time (10:00 GMT).

Hollande: Only Negotiations May Help to Settle Nagorno-Karabakh Conflict