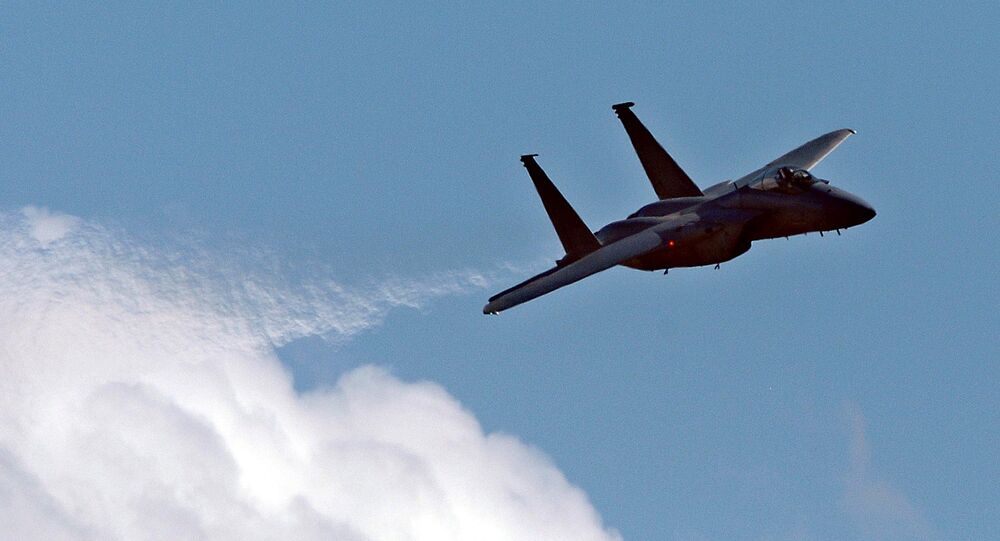 US Air Force / Senior Airman Matthew Bruch
US F-15 Fighters to Return to British Base From Turkey Wednesday
MOSCOW (Sputnik) — A dozen F-15 fighters and some 350 air force personnel were sent to the region on Friday, set to support NATO surveillance missions and conduct training, the CNN reported.

Air force units from the Massachusetts' 131st Fighter Squadron and California's 194th Fighter Squadron have been stationed at an Iceland Cold War-era airbase that had been defunct since 2006, according to the broadcaster.

The move follows the February US Air Force announcement of plans to deploy six F-15 fighters to Finland in spring. The jets, which are reportedly to be stationed some 100 kilometers (60 miles) from the Russian border, have been deployed as part of Operation Atlantic Resolve in response to alleged Russian interference in the Ukrainian conflict.

Over the past two years, NATO has carried out a number of large-scale military exercises along the Alliance's eastern flank, bordering Russia. Moscow has warned against NATO’s increased military buildup along its border, stating that it is provocative and threatens regional and global stability.