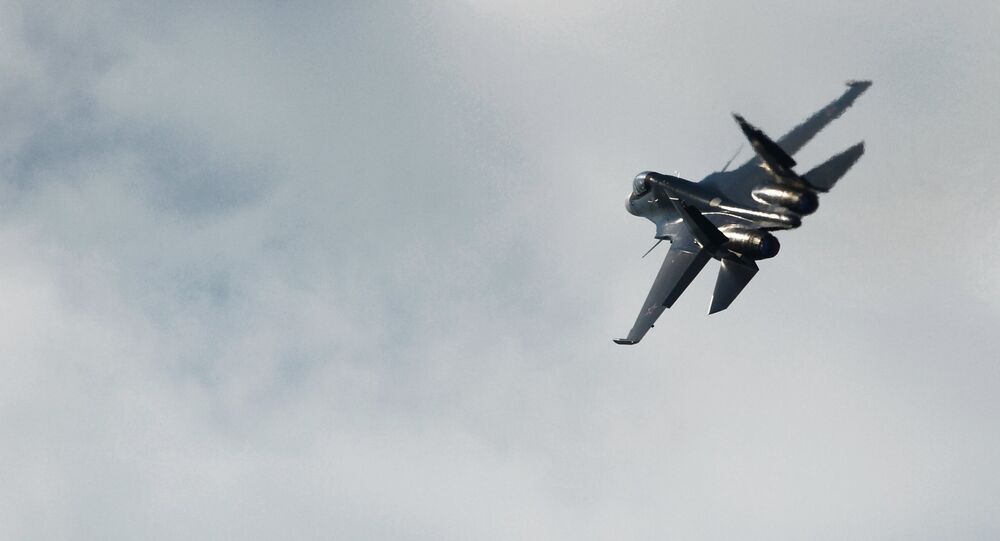 The Russian Aerospace Forces will be reinforced by more than 30 multirole Su-30SM fighter jets, according to a new contract.

MOSCOW (Sputnik) — The Russian Defense Ministry and the Irkut aircraft manufacturer have signed a contract to supply over 30 multipurpose Sukhoi Su-30SM fighter jets to the Russian Aerospace Forces by the end of 2018, the ministry's press service said in a statement Sunday.

© Sputnik / Mikhail Voskresenskiy
Upgrade: Russia to Replace All Su-24's With Su-30SM's in Black Sea Fleet by 2020
The contract for the supply was signed by Russian Deputy Defense Minister Yuri Borisov and President of Irkut Corporation Oleg Demchenko.

It is a two-seat derivative of the earlier Su-27UB (NATO reporting name: Flanker) capable of air-to-air and air-to-ground missions with a wide variety of precision-guided munitions. The aircraft features thrust-vectoring engines to enhance maneuverability.