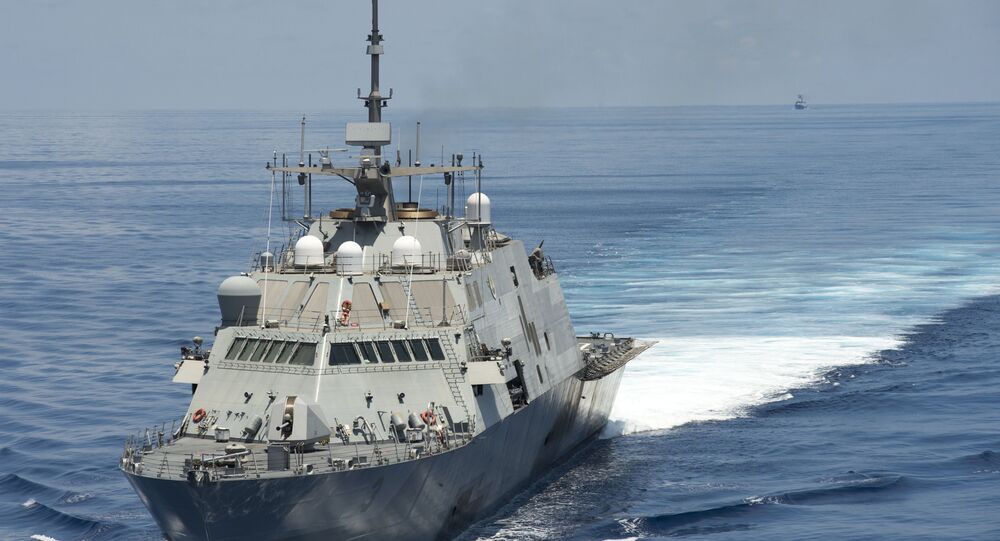 The US Navy reportedly plans to hold naval exercises not far from the disputed islands in the South China Sea in early April.

© REUTERS / U.S. Navy/Handout via Reuters
South China Sea: US Drifts Towards 'Unwanted War With China'
This information appeared shortly after a conversation between Xi Jinping and Barack Obama, during which the Chinese leader warned other countries on the actions that could harm China's sovereignty.

Tensions continue to mount between the US and China with an escalation of aggressive posturing on both sides.

When exactly the military drills will begin and what ships will take part in it has yet to be reported. China has territorial disputes with countries such as Brunei, Malaysia, the Philippines and Vietnam.

On number of occasions China has said that countries such as the Philippines and Vietnam have deliberately used US support to escalate tensions in the South China Sea region.

In January 2013, the Philippines unilaterally challenged China's claim to a number of areas in the South China Sea using the International Tribunal for the Law of the Sea but Beijing categorically rejected the possibility of addressing such issues in an international arbitration court.