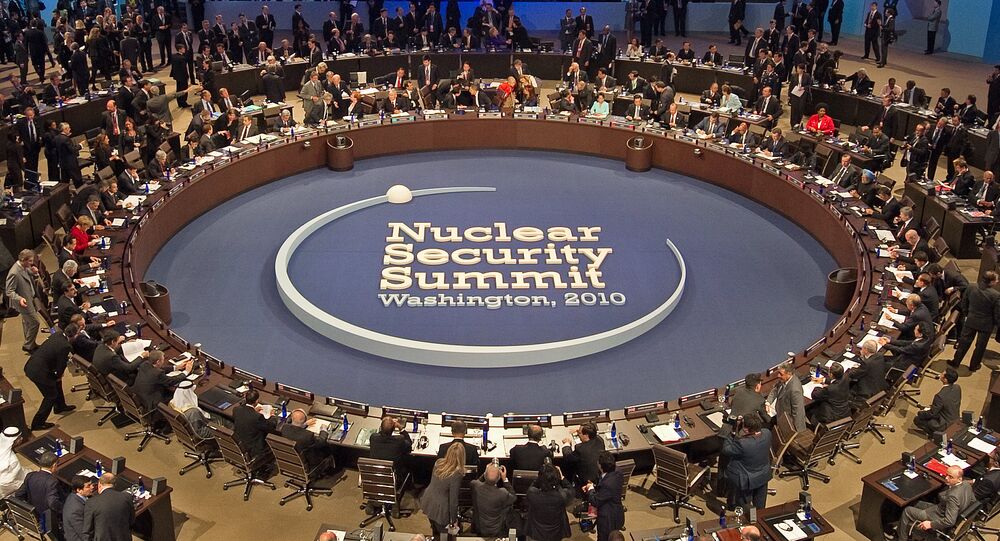 Five international actions plans will be produced out of the fourth Nuclear Security Summit taking place in Washington, DC this week, White House director for Weapons of Mass Destruction Terrorism and Threat Reduction, Laura Holgate, said in a press conference on Tuesday.

"As the 2016 Nuclear Security Summit represents the last summit in this format, we will issue five actions plans in support of the key, enduring institutions and initiatives related to nuclear security," Holgate told reporters.

© AFP 2020 / PAUL J. RICHARDS
US Aware of Terrorist Intent to Use Raw Materials for Nuclear Devices

The first international Nuclear Security Summit was held in 2010 on the initiative of US President Barack Obama to address the threat of nuclear terrorism as well as secure fissile materials across the globe.

During the course of the past three summits, participants have made more than 260 commitments to improve nuclear security.

Erdogan Says Expects to Meet With Obama During US Visit

US, China ‘Becoming Ever Closer’ in Nuclear Security Cooperation

Erdogan's Administration Preparing for Meeting With Obama in US - Ankara

Erdogan's Administration Unaware of Cancellation of Meeting With Obama