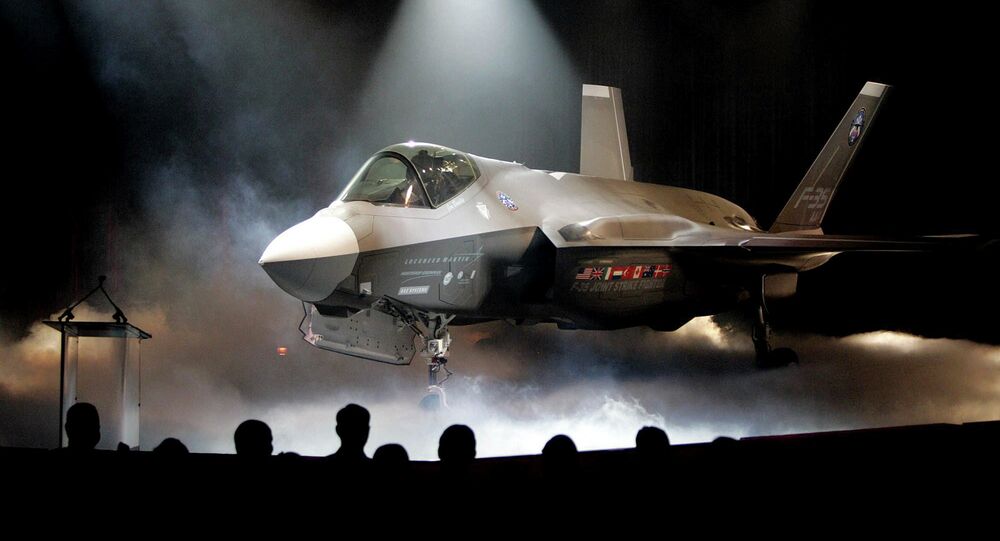 As the Pentagon's fifth-generation plane, the F-35, long plagued by troubles of every kind, will most likely miss its deployment deadline, the US media has come up with an emergency plan for how to substitute the most expensive weapons project ever.

US Air Force / Airman 1st Class Jason Couillard
With Deadline Approaching, F-35A Fighter Jets Still Riddled With Problems
Ahead of the deadline for its deployment, the end of 2016, the Lockheed Martin F-35 Joint Strike Fighter still remains plagued by failure.

Software and cyber-security weaknesses in the F-35 Lightning II, which has already been dubbed by the media as  “the plane that ate the Pentagon”, are among its unresolved problems and the mission system software supporting the aircraft's radar is not stable enough for combat, the Pentagon's top weapons tester told US lawmakers during a March 23 hearing on Capitol Hill.

Meanwhile, Defense editor Dave Majumdar has come up with his own alternative to the stealthy new jet designed for the US Air Force, Navy and Marine Corps.

“For the US Air Force, the most obvious alternative would be to resurrect the Lockheed Martin F-22 Raptor,” he suggests in the article for The National Interest magazine.

The author acknowledges that “reconstituting the production line would be expensive and difficult”, and that the “Raptor’s antiquated computer hardware hasn’t been built in years”, however “a fleet of four hundred new F-22 Raptors would give the service a force capable of knocking down the door for follow-on conventional fighters such as upgraded or even new Lockheed F-16s or Boeing F-15E Strike Eagles.”

For the Navy – it is the Boeing F/A-18E/F Super Hornet, a twin-engine, supersonic, all weather multirole fighter jet that is capable of landing and taking off from an aircraft carrier.

The US Marine Corps, the author suggests, would have to “either buy the Super Hornet or leave the fixed-wing tactical fighter business without the F-35B.”

The author also suggested to US allies “who have bought the F-35, to either buy an aircraft from Eurofighter, Dassault, Boeing F/A-18E/F, Saab’s Gripen or even upgraded F-16s.”

Only recently the Air Power Australia think tank gave a scathing assessment of F-35 jets destined to fly from Darwin and Katherine, labelling the jet the “jackass of all trades and master of none”.

“Blue sky marketing” was overshadowing major problems with the aircraft, its head Peter Goon told a Canberra hearing of a Senate inquiry investigating the acquisition.

“It has all the hallmarks of a Ponzi scheme,” he said.

“Militaries have to adapt to political conditions of the day,” Dave Majumdar concludes.

That being said, given the sunk costs, the F-35 isn’t going anywhere.