The Chinese Foreign Ministry claimed on Monday that agreements allowing further expansion of the US military presence in South China Sea will result in increased militarization of the region.

According to Chinese Foreign Ministry spokeswoman Hua Chunying, the recent agreement between the US and the Philippines, allowing for a US military presence at five military bases in the South China Sea, threatens "third party interests and sovereignty."

"Can they then explain, isn't this kind of continued strengthening of military deployments in the South China Sea and areas surrounding it considered militarization?" she said.

This agreement was preceded by what the US has argued is militarization of the region by China, in building new airports and other military facilities on occupied islands in the region. The United States termed this activity ‘militarization' and quickly moved to ensure freedom of navigation and overflights across the maritime sea. These actions include the presence of US Navy ships and aircraft based in northern Australia. 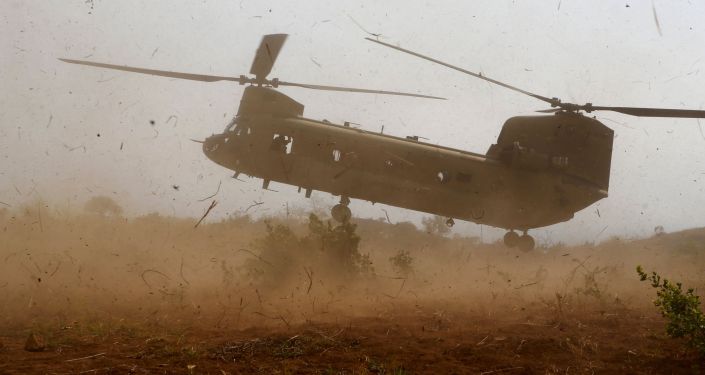 The South China Sea is one of the world's largest naval trade routes. Over 10 million barrels of crude oil a day are shipped across the sea. The region's oil resources are estimated from between 7.7 billion barrels (proven) to 28 billion barrels (estimated). It is also reported to have a significant amount of natural gas. Both China and Taiwan have claimed most of the sea, with their claims overlapping almost every other country in the region.  The US, on the other hand, has no territorial claims on the Sea.

The disputes between the countries are treated either through Association of Southeast Asian Nations (ASEAN) or bi-laterally. The United States intervened in 2010 when US Secretary of State Hillary Clinton called for the People's Republic of China to resolve the territorial dispute. China responded by demanding that the US keep out of regional disputes. Since then, both superpowers have repeatedly accused each other of ‘assertive behavior,' while continuously increasing their military presence in the area.

South China Sea: US Drifts Towards 'Unwanted War With China'