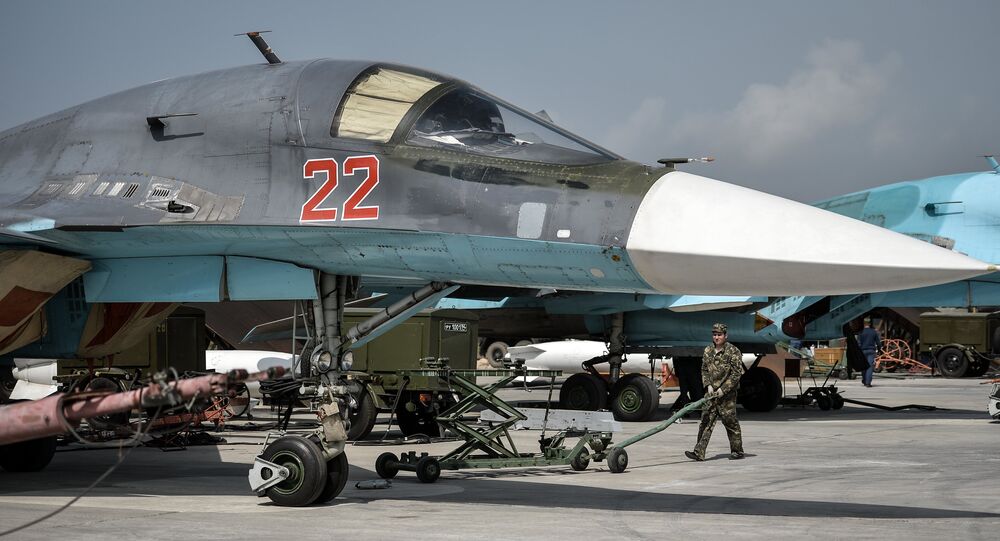 The US Department of Defense has claimed that less than 10 Russian aircraft left Syria amid the announced withdrawal of the Russian Aerospace Forces from Syria, Pentagon Press Secretary Peter Cook said in a press briefing on Tuesday.

WASHINGTON (Sputnik) — On Monday, Russian President Vladimir Putin ordered the withdrawal of the main part of the country's air forces from Syria starting on Tuesday, as the objectives of its operation against terrorist groups in Syria had broadly been achieved.

Asked how many Russian aircraft the United States has seen withdrawn from Syria, Cook said, “Small number of aircraft.”

Ministry of defence of the Russian Federation
Syria Rewind: How Missions Are (Actually) Accomplished

“Less than 10, that’s what we have seen,” the spokesperson added.

Kerry Has Not Spoken With Lavrov Since Russia's Pullout From Syria

'Empires All Go Down the Same Path': Tracing the West’s Failure in Syria

Pentagon Claims Russia Continues to Engage in Airstrikes in Syria