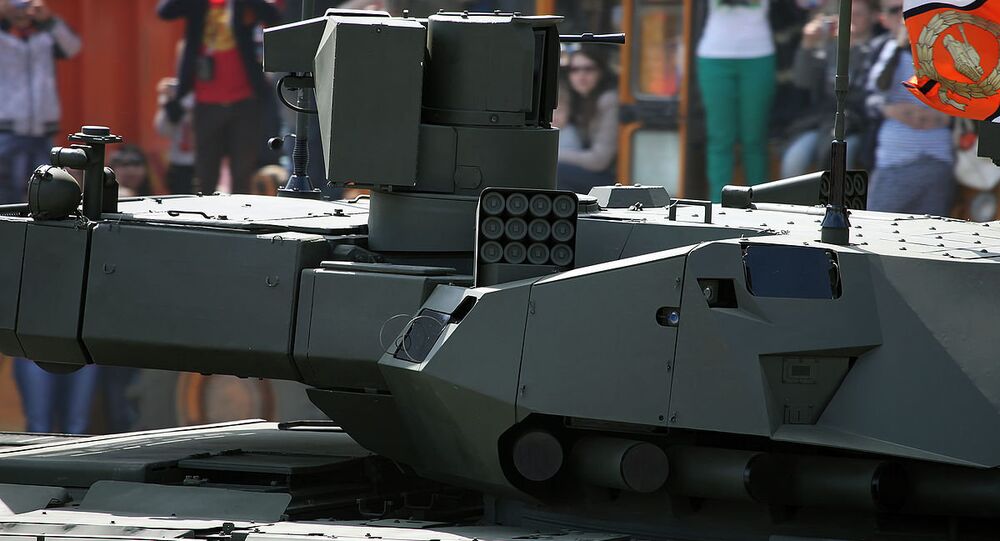 Russian armored units based on the Armata Universal Combat Platform will get new upgraded active protection systems by the end of the year.

"The UV detectors have already been installed both on the T-14 tank and on the T-15 IFV and are currently undergoing tests as part of the Afganit active protection system. We intend to complete the project by the end of the year," a source in the Defense Ministry who is familiar with the issue told Izvestia newspaper.

The new detectors trace the UV photons in the trail of ionized air left by a rocket-propelled projectile. The system doesn't just detect a rocket launch; it evaluates the projectile’s speed and trajectory, supplying the active protection system with all the data it requires to successfully intercept a threat.

According to the newspaper, the Afganit active protection system previously relied only on small radars installed on four sides of a vehicle to detect incoming projectiles. However, this radar system could theoretically be 'confused' by a large volley of shells, rockets and even fragments of debris flying around during a battle, or even suppressed by enemy electronic countermeasures. The addition of these new UV detectors, however, drastically improves Afganit’s efficiency, thus increasing a combat vehicle's chances of survival during fighting.