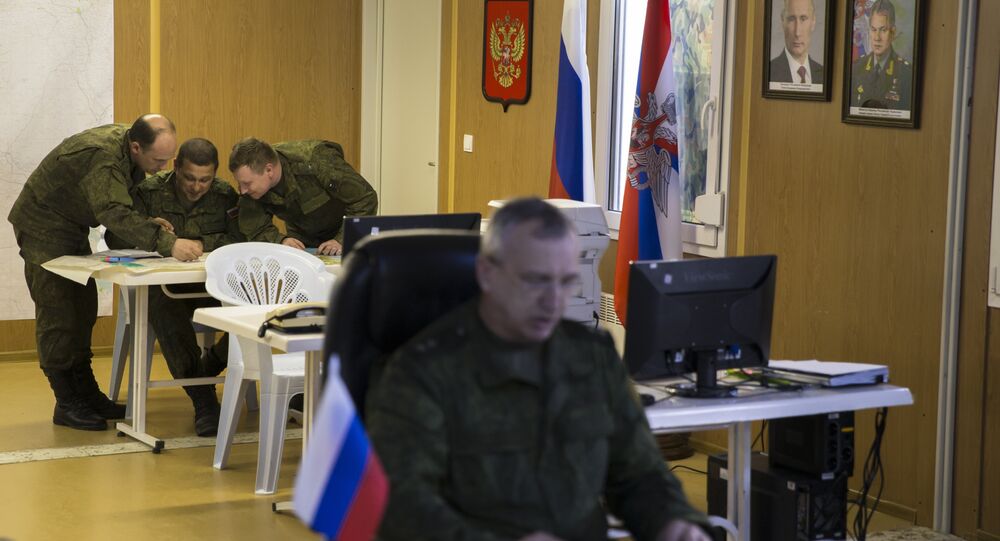 Russia looks set to implement its military withdrawal from Syria slowly, but will remain alert if the United States revives its efforts to topple President Bashar Assad, former US diplomat and adviser to the US Senate Republican leadership Jim Jatras told Sputnik.

WASHINGTON (Sputnik) — On Monday, Russian President Vladimir Putin said that the country’s armed forces had fulfilled their mission in Syria and their withdrawal would start the following day.

"It seems the Russians have been given some assurances from Washington. Whether those can be trusted is another story," Jatras stated on Monday.

Jatras noted the announcement was unclear as to how fast the evacuation of the Russian military forces would be conducted.

"Meanwhile, the naval base at Tartus and the air base at Hmeimim will continue to operate. That seems to indicate that the strikes against Daesh, al-Nusra and groups that have refused to accept the ceasefire and enter negotiations will continue."

Jatras interpreted the Russian evacuation as a strong sign of Moscow’s continued willingness to cooperate with the United States in seeking a lasting and comprehensive peace in Syria to end the five year civil war there.

"I think this is meant as a ‘carrot’ for groups that have accepted the ceasefire to negotiate in good faith, and also for their supporters in Washington, and especially Ankara and Riyadh."

The latest Russian move provided an opportunity for Turkey and Saudi Arabia to back away from their recent moves toward plunging into the Syrian conflict, Jatras suggested.

Both countries "need to decide whether to take the ‘exit ramp’ and back down with some face-saving, having seen that their ‘regime change’ policy has failed," he maintained.

Jatras also warned that the US government and Washington political establishment still contained powerful elements opposed to any peaceful compromise to end the war in Syria that did not include the immediate toppling of President Assad.

"The ‘Assad must go!’ crowd that scuttled earlier peace talks has not disappeared," Jatras cautioned.

The Russian government was aware of these factors and appeared to be taking a slow and cautious approach to its military withdrawal, in case it was forced to re-establish its presence in Syria at some future point, Jatras observed.

"So I think the Russians will proceed cautiously."

Jatras also noted that he did not think Russia would make the mistake of George W. Bush who in 2004 prematurely declared "Mission Accomplished" for the United States in Iraq.