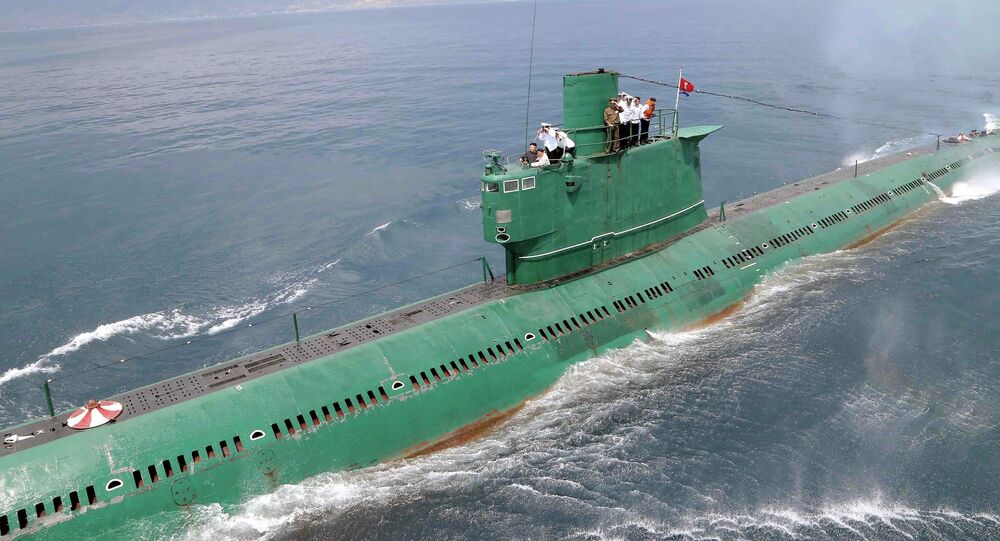 North Korea has lost contact with one of its submarines off the east coast of the country, CNN reports citing US officials.

MOSCOW (Sputnik) – US spy satellites, aircraft and ships observed as the North Korean navy searched for the missing submarine for several days, the officials said on Friday. The United States is unaware of the submarine’s current whereabouts.

© AP Photo / KCNA via KNS
Did North Korea Go Crazy or Is it Something Else?
On March 3, the South Korean Yonhap news agency reported citing South Korean Defense Ministry spokesman Moon Sang-gyun that several short-range missiles were fired from the North Korean Wonsan naval base. All of them reportedly fell into the sea.

The reported launches come in the wake of new sanctions introduced against North Korea by the UN Security Council earlier this month.

The sanctions came in response to Pyongyang’s January hydrogen bomb test, as well as the launch, a month later, of a long-range rocket to allegedly place a satellite into orbit, in defiance of UN Security Council resolutions.