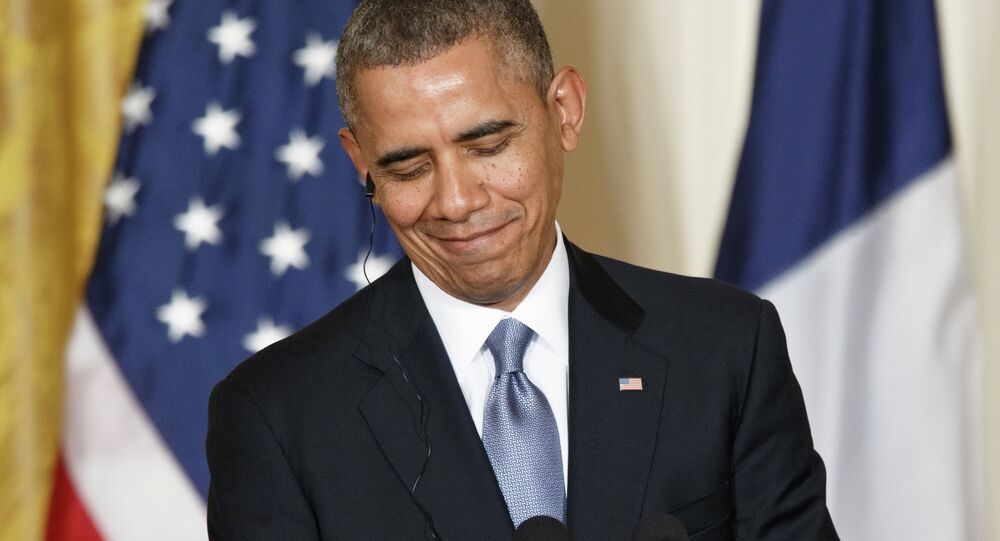 US Claims 150 ‘Fighters’ Killed in Somalia Airstrike, Nobody Believes Them

US airstrikes targeting what the Pentagon is calling an al-Shabaab training facility in Somalia killed over 150 people on Saturday. In an announcement Monday, the Pentagon classified the dead as “militant fighters” who were allegedly preparing a large-scale attack against US and African diplomatic personnel.

International human rights groups quickly contested the Pentagon’s official narrative, however, asking how a strike killing in excess of 150 people could be anything but the product of widespread collateral damage.

The Bureau of Investigative Journalism scoffed at US assertions calling the death toll from the strike "unprecedented." The Saturday strike was the deadliest single US counterterrorism action since the group began monitoring drone strike reports in 2010.

The Pentagon countered that not only were the dead only al-Qaeda affiliated terrorists, but also that the "fighters" were scheduled to carry out an imminent attack against US interests.

The US drone program, a lynchpin in America’s global war on terrorism, has faced widening condemnation by the international community in recent years. Legal experts argue that the strikes cannot be legal without a proper congressional war authorization or the presence of ongoing hostilities, or a "hot war," within the targeted territories.

More concerning to human rights advocates, however, are reports in recent years that many of those killed in drone strikes are civilians, who are then reported by White House officials as having been combatants. One report on Nevada-based drone operators observed that they "often do not know who they are killing, they are making a guess."

Furthermore, investigations by the Bureau of Investigative Journalism and other advocacy groups, who are backtracking news reports on drone strikes to the locations, indicated they have found startlingly different results than those suggested by the White House.

Repeatedly, when traced to the scene of strikes in Yemen, Afghanistan, and Libya, family members and witnesses on the ground decry the attacks as collateral damage, and claim that their slain family members were civilians.

Washington defines away collateral damage by use of "kill-boxes"

The death misreporting may be legal sleight-of-hand, as anyone who is present in a so-called "kill-box" is a legitimate target. Kill boxes are areas defined as small geographic spaces of hostility in which those present are automatically defined as a combatant.

This notion of a kill box made sense in conventional wars – civilians had notice and would stay away from battlefields. Today, however, a kill zone is defined as a perimeter around a high-level target or targets that actually moves with the target. In effect, US lawyers have simply defined away collateral damage.

News of the attack comes as the White House announced Monday that it will disclose the death count of its controversial drone operations under President Barack Obama.

Obama’s counterterrorism and homeland security adviser, Lisa Monaco, told reporters that the death count will be released "in the coming weeks" as part of the administration’s transparency commitment. In subsequent years, the US is scheduled to report death counts associated with drone warfare annually.

The report is limited to only Pakistan, Libya, Yemen, Somalia, and North Africa, but will not include death totals for strikes in Iraq, Afghanistan, and Syria where hot wars continue.

White House spokesman Josh Earnest stated, "There will obviously be some limitations on where we can be transparent, given a variety of sensitivities – including diplomatic."

Nonetheless, the increased reporting by the Obama Administration is welcomed by the human rights community and will include both official combatant and civilian death totals. It is all too likely, however, that official combatants are unofficial civilians, as America’s deadly game of international domination is sanitized with legal jargon.