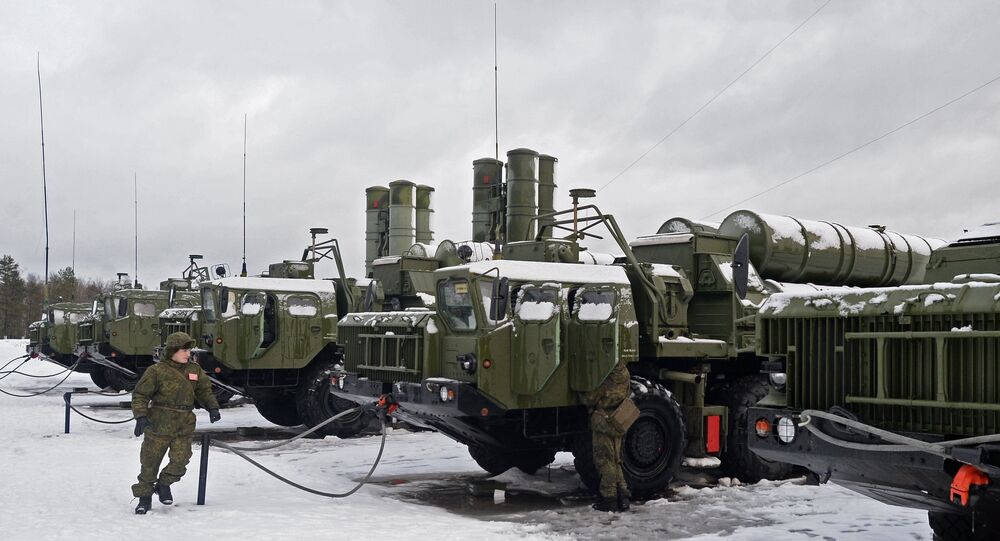 Five sets of Russia’s S-400 (SA-21 Growler) missile systems will enter into service with the Defense Ministry by October this year, the weapons manufacturer Almaz-Antey’s chief executive told the Izvestia daily on Tuesday.

© Sputnik / Mikhail Voskresenskiy
Ultimate Protector: S-400 Triumf Air Defense Systems Shield Moscow Skies
10
MOSCOW (Sputnik) – "Works preparing to transfer the S-400 ‘Triumf’ systems to the Ministry of Defense is planned to be completed ahead of schedule. The Ministry of Defense will receive the 12th, 13th and 14th regimental kits by the end of September, and 15th and 16th in the course of October 2016," Yan Novikov said as quoted.

Novikov noted that the 12th regimental set has been fully formed and is being configured.

The deployment locations of the final five systems have not been disclosed.